As we have always said…the MINI has a special appeal to its cuteness and its retro like resemblance captured the hearts of car lovers.  They now have one piece of metal sheet at the Geneva Motor Show that marks their greatness in the auto industry.  This is the MINI Clubman Hampton and it is built to celebrate the 50th anniversary of the Countryman/Traveller.

This is a special edition and has wrapped the Hampton in Reef Blue Metallic paint. To distinguish its exclusivity special badges can also be seen on its exterior.  Headlights were also tinted for sleek styling and stands on a Twin Blade alloy wheels.

The cabin is flushed with black leather and an eye catching special floor mat were used.  Anthracite roof liner was also installed.  Other amenities used are like automatic climate control, sports steering wheel and they also gave the interior ambient lightning.

This MINI will be offered in different power plants.  First is the naturally aspirated petrol engine rated at 1.6 liter that churns out 121 bhp but this can also be upgraded to a turbocharged version pumping at 181 bhp.  There is also a diesel guzzling MINI Hamption that has a 1.6 liter engine and breathes 110bhp or a 2.0 liter variety that boasts 141 bhp. 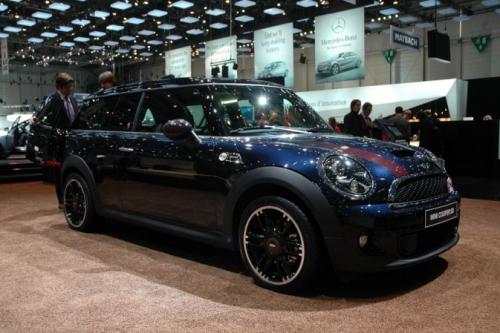 As we have always said…the MINI has a special appeal to its cuteness and its retro like resemblance captured the hearts of car lovers.  They now...