Mercedes Benz has always been incorporated with luxury, sophistication and power. Another Black series From the Mercedes Benz line has been brought out-The Mercedes SL 65 AMG Black series. It boasts’ a monster under the hood… a 6.0 liter 36 valve V12 twin-turbo engine producing 670 horsepower and delivers a breathtaking 738 lb ft of torque. The SL 65 gives a top speed of 199mph and can do 0-62mph (0-100kph) in a rocket ship speed of 3.9 sec and the engine is actually electronically limited. Carbon fibre is used extensively throughout its body kit and these includes the roof and the hood to shed off weight.

There are still drawbacks on the SL65 Black and it is simply too much to ignore. For example, a normal SL would actually have its roof automatically fold to its trunk but not for the SL65 Black. The bucket seats placed are not so comfortable either, it will make you feel as if you were just sitting on a plain plastic seat. The suspension will also try to break your neck, it’s so stiff that on the road it will let you feel every pot holes your tires have gone into. You could even get out of the SL65 Black and try to push its body down and you’ll see that it wouldn’t even budge. The most menacing of all… is the price, it cost more than half of a normal SL. In many ways it is just like any American muscle car-It’s insanely expensive, looks good and it goes fast. 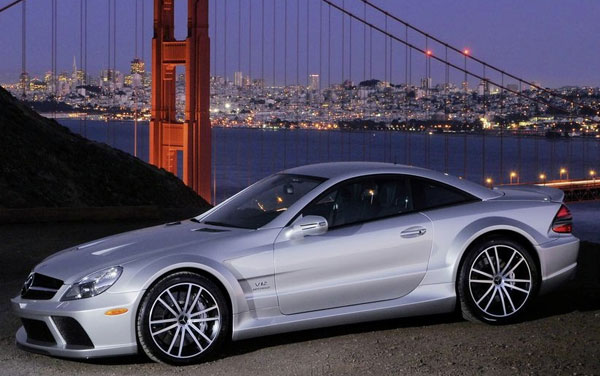 Mercedes Benz has always been incorporated with luxury, sophistication and power. Another Black series From the Mercedes Benz line has been brought...