Lewis Hamilton is new Formula 1 champion and he, along with his colleague Nico Rosberg was given the opportunity to decorate a Mercedes SL 63 AMG out of which Mercedes-Benz made a Collector’s Edition vehicle. Two of the most skillful drivers in the world made a great effort to decorate a mighty SL the best way they could.

By winning Constructor Championship and drivers championship, Mercedes dominate the whole Formula 1 season outperforming anyone competing. Now, car collectors have the opportunity to buy and to own the special edition models. Mercedes-Benz plans to produce 19 World Championship 2014 Collector’s Edition SL Models and as we can see on the attached pictures these cars  went through a cosmetic surgery gaining some unique parts such as special colors, special key fob and other details on the inside. The most prominent change are the floor mats which have a stitching shaped like the Hockenheim ring and Silverstone. It is not hard to guess that the black car with the golden accents and Silverstone themed interior come out of Hamilton mind. On the other hand, the white SL with silver accents is Rosberg car.

All in all, the car remained basically the same as before. With the twin turbocharged 5.5 liter twin turbo V8 delivering 530 HP, mighty SL 63 AMG can accelerate to 62 in 4,3 seconds. We recon it could do more than 180 mph without the electronic limiter.

The price for this car is still unknown and we guess it’ll stay like that cause only 19 really wealthy drivers will get the opportunity to drive it.

Lewis Hamilton is new Formula 1 champion and he, along with his colleague Nico Rosberg was given the opportunity to decorate a Mercedes SL 63 AMG out... 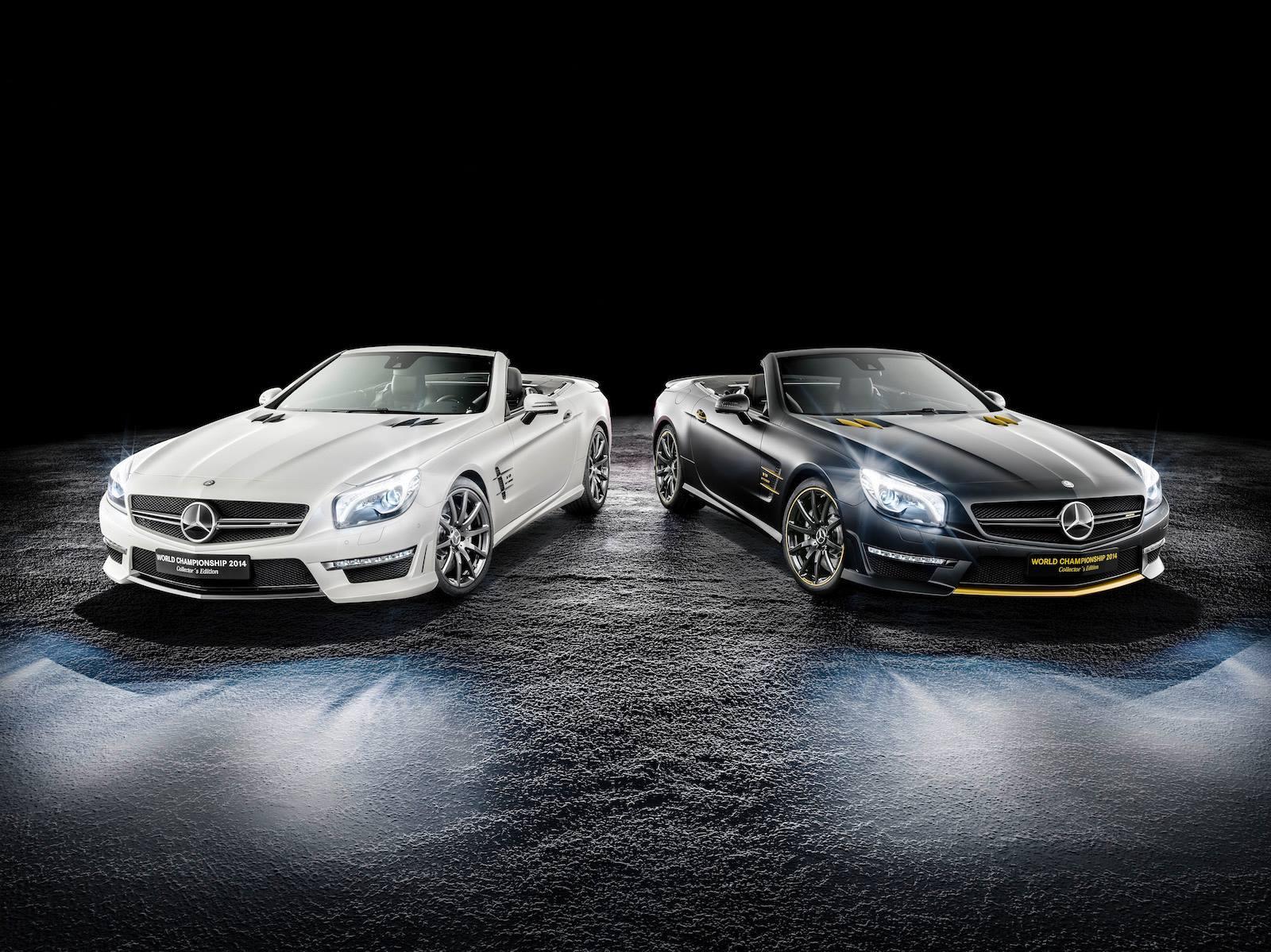