McLaren released their baddest, mightiest and fastest car ever. Yes, this new McLaren P1 GTR should be faster than the mighty McLaren F1 GTR from the Nineties. After making some crazy modifications to the “normal” P1 such as removing glass segments and adding polycarbonate windows and removing all unnecessary stuff from within, the P1 is lightened by staggering 110 pounds. Moreover, the suspension has been tweaked to provide best possible grip and the downforce has been enhanced with the addition of enormous aerodynamic package which actually widened the car for more than three inches. Modifications made the P1 look like a real track car and with the livery sourced from the original McLaren F1 GTR, the new car looks absolutely awesome.

In the attached video you can see two cars trying to overtake one another. The video has been published in order to promote the car which will be showcased at the Geneva Motor Show. McLaren took out every element that makes the P1 a road legal vehicle and they’ve created an extensive driver program for the buyers of this vehicle. The program includes test drives at Silverstone, drives at Catalunya, special preparation provided by the McLaren team of professional drivers and visiting the production facility of the McLaren.
Just to refresh your memory, we will only say that the usual P1 develops in excess of 900 HP, while the P1 GTR has the propulsion system which churns out exactly 1.000 HP. It is not as powerful as the Ferrari FXX K, but we are sure it is as fast.

McLaren released their baddest, mightiest and fastest car ever. Yes, this new McLaren P1 GTR should be faster than the mighty McLaren F1 GTR from the... 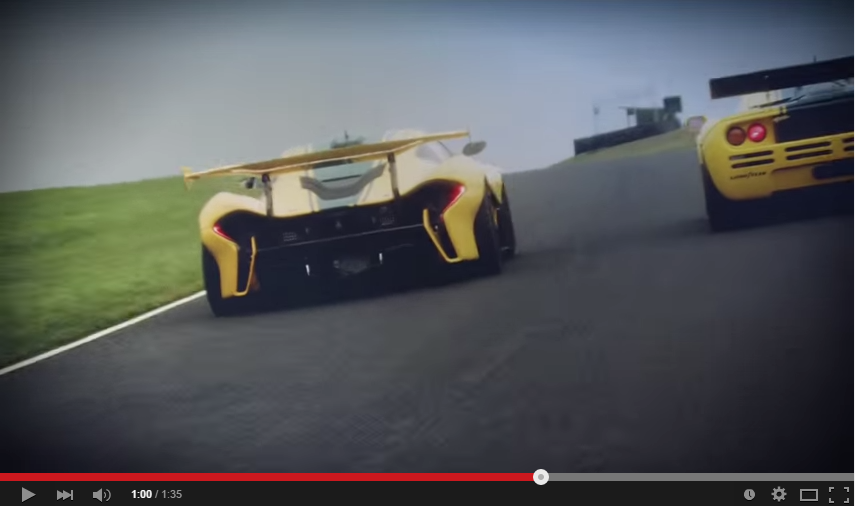