The 2011 Mclaren MP4 12C is probably the most anticipated car in the Goodwood Festival of Speed.  Mclaren, a true blooded F1 racer, will again put its talent on the exotic cars division.  The production is limited to 1,000 in 2011 and as of now more than 1,600 people already raised their interest on the car.

The MP4 12C is also one unique car from Mclaren giving it a carbon fiber monococque shell acting as a safety core during crashes, the front and rear ends are built by aluminum extrusions that can be bolted and replaced when damaged.  This also acts as an additional safety feature because most of the impact on crashes will be absorbed on those areas- an F1 race car principle.

Right at the heart of the Mclaren MP4 12C is a 3.8 liter twin turbo charged engine that still produces an enormous 600 bhp with 440 lb ft of torque, they also incorporated a rocker shift transmission right behind the steering wheel just like what you can see on Formula 1 cars.  Mclaren brought their expertise from F1 car racing to formulate their own madness on the MP4 12C and this will surely put your heart into a loud thumping beat. 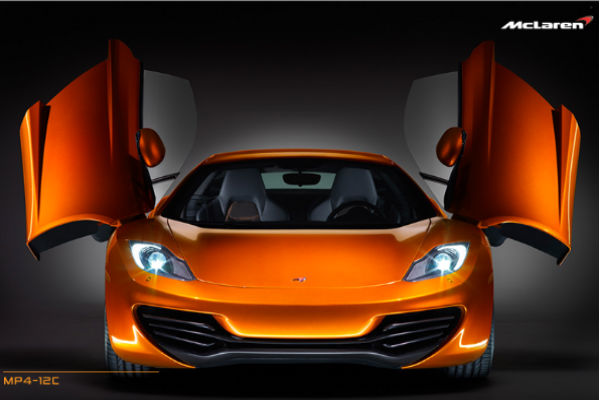 The 2011 Mclaren MP4 12C is probably the most anticipated car in the Goodwood Festival of Speed.  Mclaren, a true blooded F1 racer, will again put...