And it has begun. McLaren started the production of its beast from the Sport Series and the video they’ve released shows their cheapest but astonishing supercars – the 570S and the 540C. The main idea behind releasing this video is to show just how thorough McLaren is when developing their cars. They had to go to every part of the world (except North Korea of course), to figure out how to prepare the car for all the conditions out there.
The Sport Series depicted here is the last one developed and while it is the cheapest, it still offers a lot for the money. Actually, it offers more for the money than the higher grade 650S and 675 LT.

In a two-minute long video, the cars are shown tested on snow, on tracks, on gravel and all over different kinds of surfaces. The cars already had their driving debut at the Goodwood Festival of Speed, but McLAren Automotive put them into production right now and the results should be as spectacular as they get.
Even though these McLarens are somewhat less powerful than the MP4-12C (not to mention the newer ones), we reckon these would do well against cars such as the Porsche 911 Turbo S and the Mercedes Benz AMG GT S. These are its main competitors with the Audi R8 coming into play as well.
After you are finished watching the madness of testing by McLAren, please check out the data spec for these new cars. They are as fast as it gets despite being the least powerful in McLaren lineup.

And it has begun. McLaren started the production of its beast from the Sport Series and the video they've released shows their cheapest but... 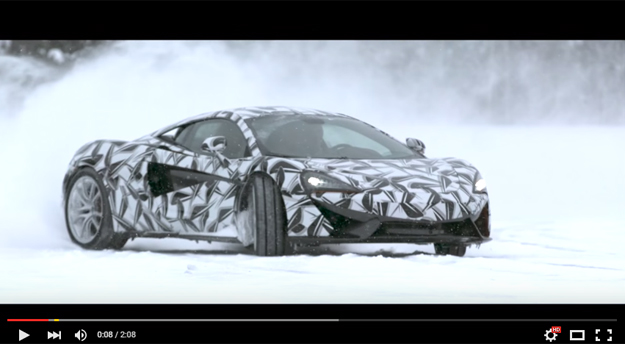