A new breed of monster has been unleashed at the Detroit Auto Show.  This is created by Mach 7, an American auto maker based out of Holly, Michigan.  This beast is given the name Falcon and features space age technology defying the laws of physics and bursting with astounding performance.

The body of the Falcon is an aluminum hydro formed chassis that encloses a carbon fiber monocoque shell.  It comes with a standard V8 LS3 engine taken from the Corvette, this engine produces 500 bhp of monstrosity.   Mach 7 also tried to give another option for those trying to find more power and they have fitted their upgraded version with the GM LS9 engine that spits a staggering 640 bhp.

Mach 7 kept the specs top secret as the one displayed in Detroit is actually an unfinished prototype.  This car company was also dubbed as the Viper tuner and it is expected to still produce the numbers of the now defunct Dodge.

The Viper gave impressive numbers like 0-60mph in 3.4 sec and shoots to 100 mph in 7.6 seconds until it reaches its top speed of 202 mph.  These figures may still conservative but we may well know what to expect from this madness.

Targeted production will be limited to 15 units a year and price of the Falcon is seen to hover at $200,000. 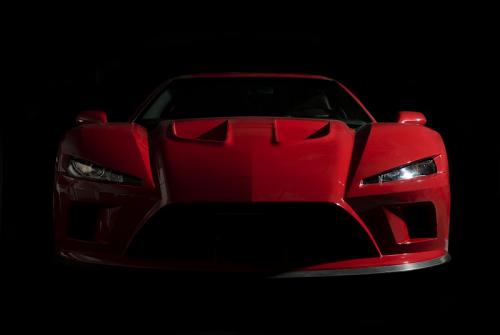 A new breed of monster has been unleashed at the Detroit Auto Show.  This is created by Mach 7, an American auto maker based out of Holly,...