The Lotus Evora is another car that will astonish you.  Comparing with the past Lotus cars, the Exige and Elise, the Evora is bigger and longer but still comes with its traditional exquisite handling.  It also comes with rear seats though it’s too cramped for an adult to fit in and can be better used as an extra luggage space.  The Evora has rigid frames which helps in its precise handling and can make you feel that you can place it on the road where you want it to be.  Even at high speeds and aggressive driving, the car is still accurate and responsive to what the driver wishes.  The car can also be used for day to day driving and can give you a comfortable ride which is sometimes hard to achieve especially with cars that have a low center of gravity.

The Lotus Evora is fitted with the same engine as the Toyota Camry but Lotus gave it a new blend. It has a 3.5 liter V6 engine that can produce 276 bhp with 258 lb ft of torque and can shoot from 0-60 mph in a staggering 4.9 seconds.  Top speed that can be reached by the Evora is 162 mph and it is just a definitive beauty whether moving fast or standing still.  Toyota doesn’t have a manual transmission built for the Camry engine and Lotus has to make one of their own and Lotus has produced a good one.  Smooth gear shifting, good engine response and superb handling is what you’ll have with this car. 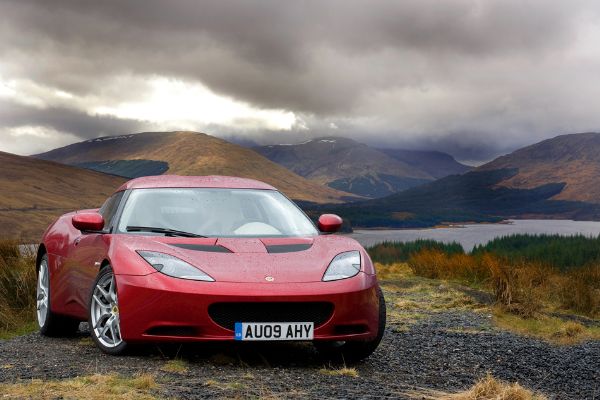 The Lotus Evora is another car that will astonish you.  Comparing with the past Lotus cars, the Exige and Elise, the Evora is bigger and longer but...