Lotus will be coming to the 2010 Paris Motor Show with a big bang! They’ll be bringing with them the Lotus Elite Concept- a car that’s strikingly beautiful and it has that eye catching appeal of an Aston Martin or the aggressive looks of a Ferrari 599.  This is an exclusive car that gives Lotus’ example of their elegance and ultimate refinement.

Danny Bahar, CEO of Group Lotus has described their masterpiece as a car of contradictions, saying “it’s compact yet spacious, high performing yet low emitting, lightweight yet reassuringly solid.”

The Concept Car also has outstanding features as this will be a mid engine, rear wheel drive greatness powered by a 5.0 liter V8 engine.  The heart of the Lotus Elite Concept can beat a staggering 620 PS with 720 Nm of torque.  This is said to detonate from 0-100 km/h in just 3.5 – 3.7 seconds.  These specifications are without doubt an example of engineering prowess and Lotus is showing what they can do in the small sports car section.

The Lotus Elite Concept is slated to be released in 2014 with an optional hybrid version.  This will set the bar higher for other companies and this is one tough competition to beat once it is put into production. 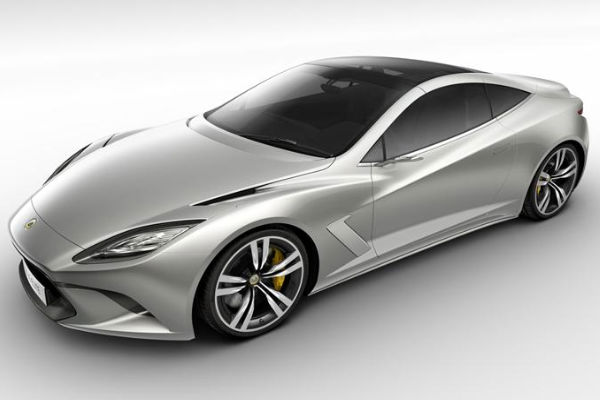 Lotus will be coming to the 2010 Paris Motor Show with a big bang! They’ll be bringing with them the Lotus Elite Concept- a car that’s strikingly...