Evo magazine really tries hard to deliver amazing footage of the world’s best supercars to their viewers. Now, their host and the whole team traveled to France where they found a guy who will lend them his McLaren P1 for the comparison purposes with the, wait for it, McLaren F1.
Ladies and gentlemen, this is the most amazing car comparison in recent years. Two of the most amazing human endeavors go head to head on a wonderful day on the roads in France. (look at the two chase on the race track)
The McLaren F1 was the fastest, most powerful and most astonishing car of the Nineties (see here how Elon Musk bought one back then). It created a whole race of supercars which were able to compete in the league of their own. The McLaren F1 made Porsche produce the Carrera GT and, in some ways it paved the way for the creation of the mesmerizing McLaren Mercedes SLR.

The comparison of the F1 and the P1 is something every petrolhead should look into. Both cars clearly marked an era of motorsport with the newer one being more perfect, almost incredibly fast and the old one being so important and powerful that it sparked imagination of the whole car industry. Evo Magazine tested both cars and showed that the old one still is enormously fast and capable of top speed higher than the new one is capable of. This is the clash of the titans. The clash of a teacher and his apprentice.

Evo magazine really tries hard to deliver amazing footage of the world's best supercars to their viewers. Now, their host and the whole team traveled... 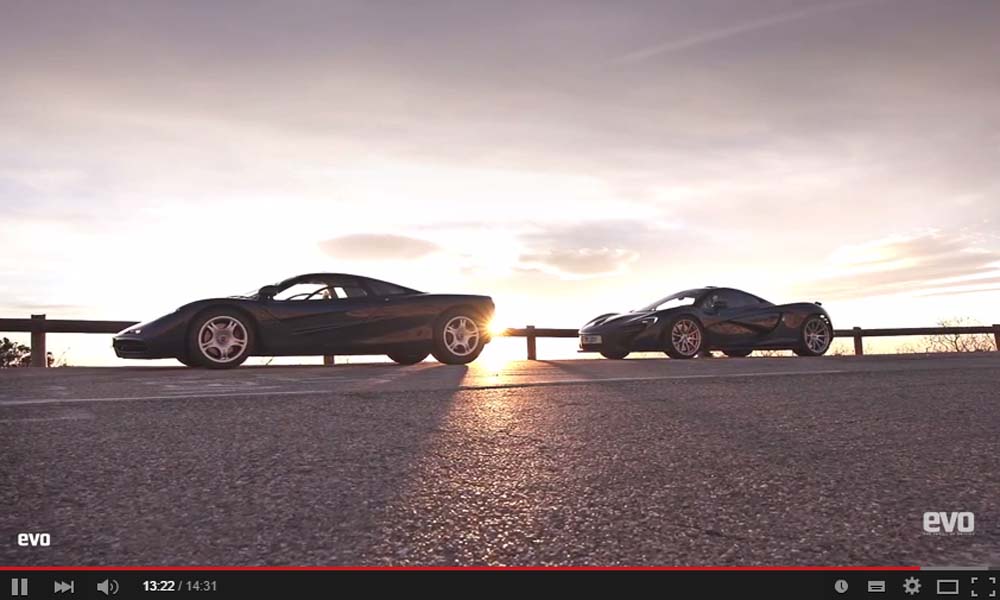