We aren’t habituate of seeing crazy ass tuned Lexus vehicles on the drag strips. That is why we have to pay close attention to the car made and revealed by EKanooRacing. That is a small Middle East tuning garage which recently built a Supra that became the fastest Supra in the Middle East and arguably the fastest Supra in the world. Interestingly, the car used a stock engine as the starting point and after many hours of modification they put it on the track and smash the drag strip at 370 km/h.

Now, the car they’ve worked on is a Lexus ISF. It is not the first thing you’d think of when making a dragster, but, the IS F really has some nice things to it that make it great for tuning. First of all, it has an V8 engine with five liter capacity, so with the addition of two turbochargers, special cooling system and all the drag bells and whistles you can think of, the engine was tuned to produce more than 2000 HP. Actually, some say that the EKanooRacing Lexus IS F produces 3000 HP. Unfortunately, during one of its runs in Bahrain, the immense power of the thing was too much to handle for the back wheels. After a few hundred feet, the car flew over a at least nine feet high fence. This is a sight to behold and it also demonstrates the necessity of better aerodynamic or of an extension wheel at the back. All in all, the mighty Lexus IS F has to be replaced and EKanooRacing has already started working on a new car. Luckily, no one was seriously injured during the crash.

Lexus IS F Based Drag Monster Epicly Flew Over A Fence

Lexus IS F Based Drag Monster Epicly Flew Over A Fence

We aren’t habituate of seeing crazy ass tuned Lexus vehicles on the drag strips. That is why we have to pay close attention to the car made and... 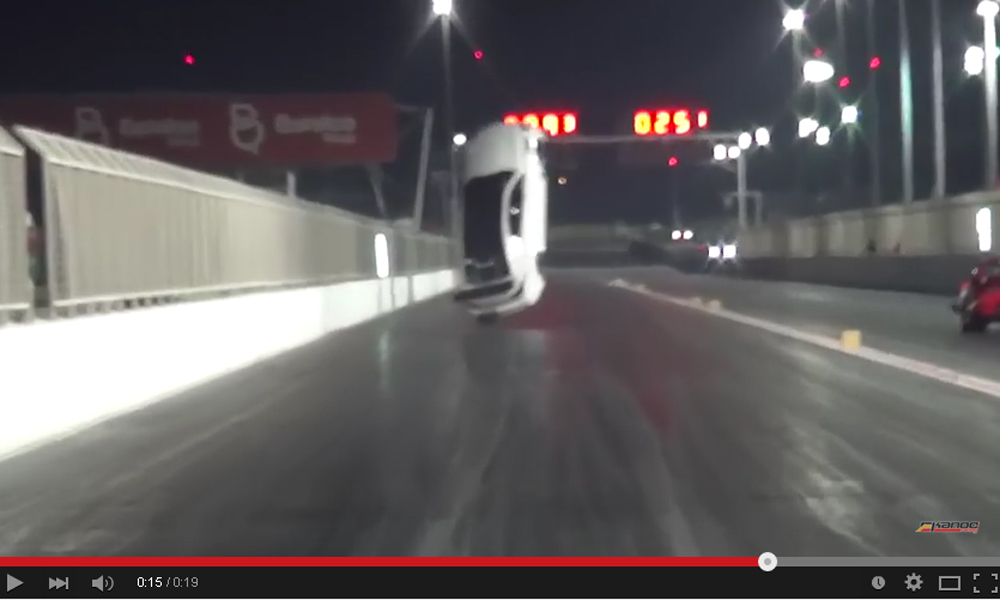