Lexus is an established name in the car industry and, as always, Lexus comes with a price. They will be releasing an SUV bred GX 460, it’s a 4.6 liter V8 engine capable of producing 301 bhp with 329 lb ft of torque. It is quite an impressive power but critics say you can actually get more out of the engine. The muscle produced by the GX460 can actually be achieved by a smaller V6 engine and Lexus should have tried to exploit more out of the V8. They have fitted a Kinetic Dynamic Suspension System (KDSS) on this broad shouldered creature, this successfully improved the cars handling and an improved wheel response because it electronically adjust the firmness of the anti-roll bars. Though fuel economy has been improved, the engine still consumes to a thirsty 15mpg city driving and up to 20mpg on the highway.

The GX460 is basically an improved version of the previous Lexus GX 470. It has more comfortable seats and looks more robust than the old version and comes with a standard 3rd row seat, though these seats are not intended for adults but rather than for the kids in the family. The front panel is jam packed with buttons, knobs and switches and if you’re a techie kind of person you’ll have a blast with what the GX460. 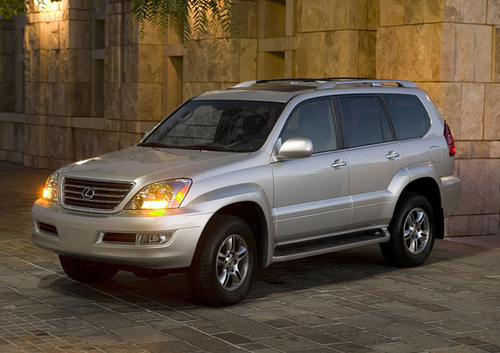 Lexus is an established name in the car industry and, as always, Lexus comes with a price. They will be releasing an SUV bred GX 460, it’s a 4.6...