Lexus really needs to play hard in the marketing department to change the buyers’ perception of the brand. As you know it, Lexus is not all about sport exactly. Their cars were luxurious, extremely, reliable and conventional. Also, they were dull and that is something not even one manufacturer can go with today. So, in order to create a whole different perception about their cars, Lexus gave all over to the marketing department. Remember this nice piece where they’ve created an ad with 1.000 pictures? Well, they’ve stepped it up a bit now.
Take a look at the “Dance of F”. A Waltz has been danced with the Lexus F cars on the track and everything looks so amazing you’ll want to be a part of it.

By lining up the best F cars they have (including racing ones), Lexus easily showcased the precision, fun factor and the excitement their new F cars obviously have in spades.
Now, in the video there is one special and quite important car. It is the Lexus LFA – possibly the most perfect supercar that ever was. The fact is that the LFA is not the fastest car ever. Actually, it is far, far from it, but every race car driver, every journalists and every man who ever sat behind the wheel of this machine said that that is the best thing he has ever driven. Even Stig said that and that is something we have to respect.
The video has been on youtube for a couple of weeks and it already has more than 745.000 views. This is an important milestone for the Lexus whom internet community doesn’t like so much.
All in all, take a look at the dance of the best Lexus vehicles including the RC F, theLFA and two Lexus race cars.

Lexus F-cars Can Dance The Dance And They Look Amazing

Lexus F-cars Can Dance The Dance And They Look Amazing

Lexus really needs to play hard in the marketing department to change the buyers’ perception of the brand. As you know it, Lexus is not all about... 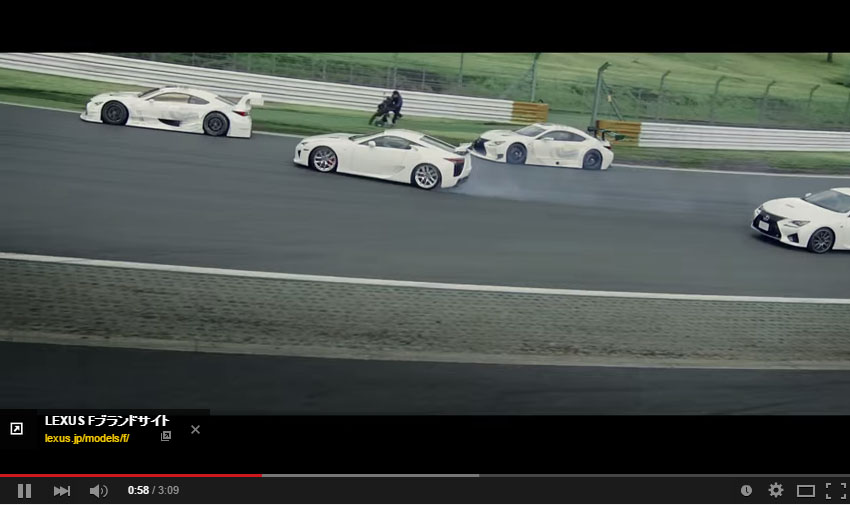