As one of the best drivers of all times Lewis Hamilton is a hot topic right now in the field of motoring. He is rushing toward this year’s Formula 1 championship, but in the meantime he kills some time by entertaining the fans. Here, you can see him driving fans on the track in the mighty Mercedes E63 AMG. This car definitely is one of the most impressive sedans ever and with Lewis Hamilton behind its wheel it is obvious that the car behaves like a wild animal.
At this point, Lewis Hamilton leads in the overall drivers’ championship with the lead of some 20 points over his teammate Nico Rosberg. The duo isn’t exactly friendly towards each other, but it is clear that both of them are actually very competitive and it is hard to stay cool when you are competitive.

Here, on the other hand the fans are enjoying every moment of Lewis’s drive. The monstrous machine with an engine developing 557 HP and 531 lb ft of torque definitely can put a smile on every face and with the epic drifting session done by one of the best than the excitement is guaranteed.
Lewis Hamilton and Nico Rosberg are often a part of these event where they try to connect the Mercedes Formula 1 Team with the fans. Obviously, the fans are enjoying themselves and we guess they’ll watch out for the Merc after this.
This kind of enjoyment is equalled only by drive in WRC or Formula 1 car. When Michael Schumacher drove for Ferrari they’ve actually built a Formula 1 three seater so the fans can enjoy and feel the pressures of the real deal.

Lewis Hamilton Throws Some Drifts In A Mighty E63 AMG

Lewis Hamilton Throws Some Drifts In A Mighty E63 AMG

As one of the best drivers of all times Lewis Hamilton is a hot topic right now in the field of motoring. He is rushing toward this year’s Formula... 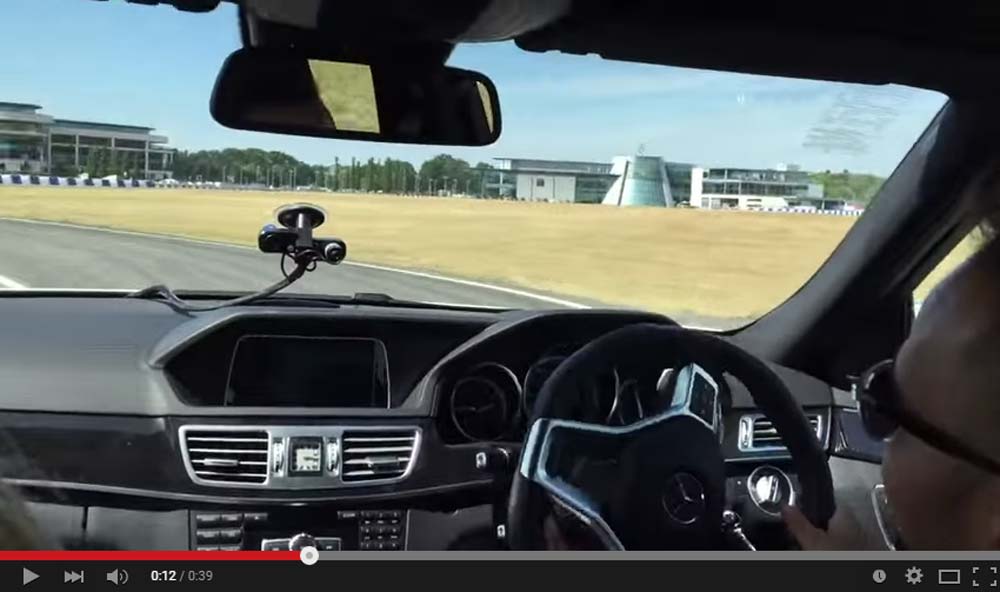