Lamborghini Sesto Elemento is a concept car that shows the future of super sports car and shows the company’s extreme technology being applied to their creation.  This concept car has tremendous focus on its weight as it only weighs 999 kilograms or 2,202 lbs, and this already include its massive V10 engine.  With it’s over the top lightness the Sesto Elemento has a power to weight ratio of 1.75 kg per hp- and that means this car can get a more aggressive performance from its engine output.

To achieve this feat, Lamborghini shows their expertise in Carbon Fiber Reinforced Plastic (CFRP) technology.  This new breed of advancement mainly uses carbon which is known to be the sixth element in the periodic table hence the name Sesto Elemento.

This super sports car is a true headturner and has astounding performance on the tracks.  Its V10 engine can breathe a montstrous 570 bhp and blast from 0-100 km/h in just 2.5 seconds.  Fuel consumption was also improved thanks to the extreme lightweight technology applied all through out its body.

The company’s magnificence is again put into the limelight of success and it’s another Lambo that will have everybody drool. 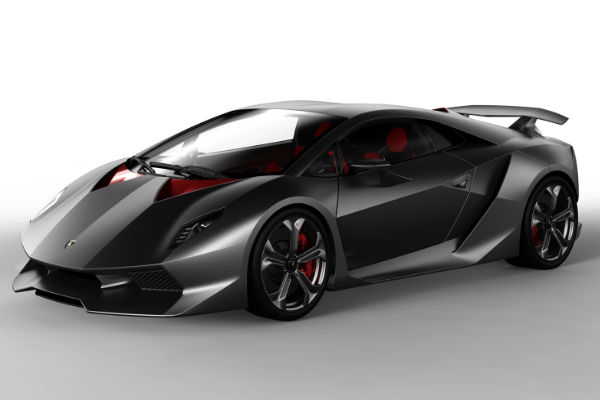 Lamborghini Sesto Elemento is a concept car that shows the future of super sports car and shows the company’s extreme technology being applied to...