We are eagerly waiting for the new Top Gear Series. Internet community tries to source out as much information about it as possible, but once in a while, BBC lets us enjoy the motoring greatness they are making in the newest series. Ladies and gentleman, we have the opportunity to see just how hard they are kicking just by watching the video where The Stig thrashes a Lamborghini Huracan on the Top Gear test track.

The video has been published on the channel named The Stig and it is clear that the Top Gear team doesn’t take corners, they are going hard – very hard with any car they have at their disposal.

The Lamborghini Huracan is the newest Lamborghini burgeon and it is powered by a 5,2 liter V10 engine that is good for 610 HP. You saw this data when we published the story about that unfortunate Huracan driver who crashed at more than 190 mph. This time, however, we have a much better story following. According to the data provided by the Stig himself, the Lamborghini Huracan made a time of 1.14:8 at the Top Gear test track. That is an astonishing time that even undercuts the time of the mighty Lamborghini Aventador. Just a few years ago, any car that could go under 1.20 on the Top Gear test track was considered a supercar. This only shows how far the technology has come. We wonder what the wizardry McLaren P1 and Ferrari LaFerrari will make on that track. Also, we wonder who the new Stig is. We Know that Bill Collins was the old one. Do you know who the new one is?

We are eagerly waiting for the new Top Gear Series. Internet community tries to source out as much information about it as possible, but once in a... 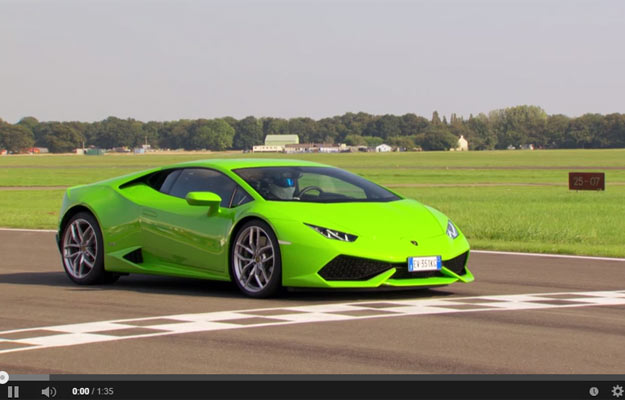