The Kia Sorento X-Man is a striking car! It is dark, powerful, sinister and it is influenced by one of the most famous movie franchises ever – the X-man. This car will be exhibited as a show car for the blu ray release of the movie X-Men: Days of Future Past.

We would really like to know who build this car!? Companies are known to find outsource partners who build special cars for them. Scion and Toyota do that all the time and it seems that this Kia has been built by an outsource company. Nevertheless, the car is clearly highly modified, but it seems that the modifications were not made to anything else except to the exterior. The character who influenced the car is Wolverine, of course. Blades on the front end look the same as those on the hands of Wolverine. We doubt that Kia can extend and use them for slashing anything what comes its way. As the car has been developed with the insight of the Twentieth Century Fox Home Entertainment, this amazing Kia Sorento received a real Hollywood style wheels which measure more than 20 inches in diameter. This, of course, is just for the show.

Besides promoting the newest X-Man movie, the Kia Sorento X-Man will be showcased on the Australian Open. It will be revealed by Rafael Nadal, a famous tennis player in January. The car will reach Europe as well. We guess it’ll be there in March during the Geneva motor show.

The X-Man Sorento is based on an all new Sorento which has been unveiled on the LA Auto Show. The SUV will be available next year and it can be equipped with a 2.4 liter GDI engine, a two liter turbocharged engine and a 3,3 liter V6 developing 290 HP. Modern engines are coupled with the six speed automatic gearbox and an all wheel drive.

The Kia Sorento X-Man is a striking car! It is dark, powerful, sinister and it is influenced by one of the most famous movie franchises ever - the... 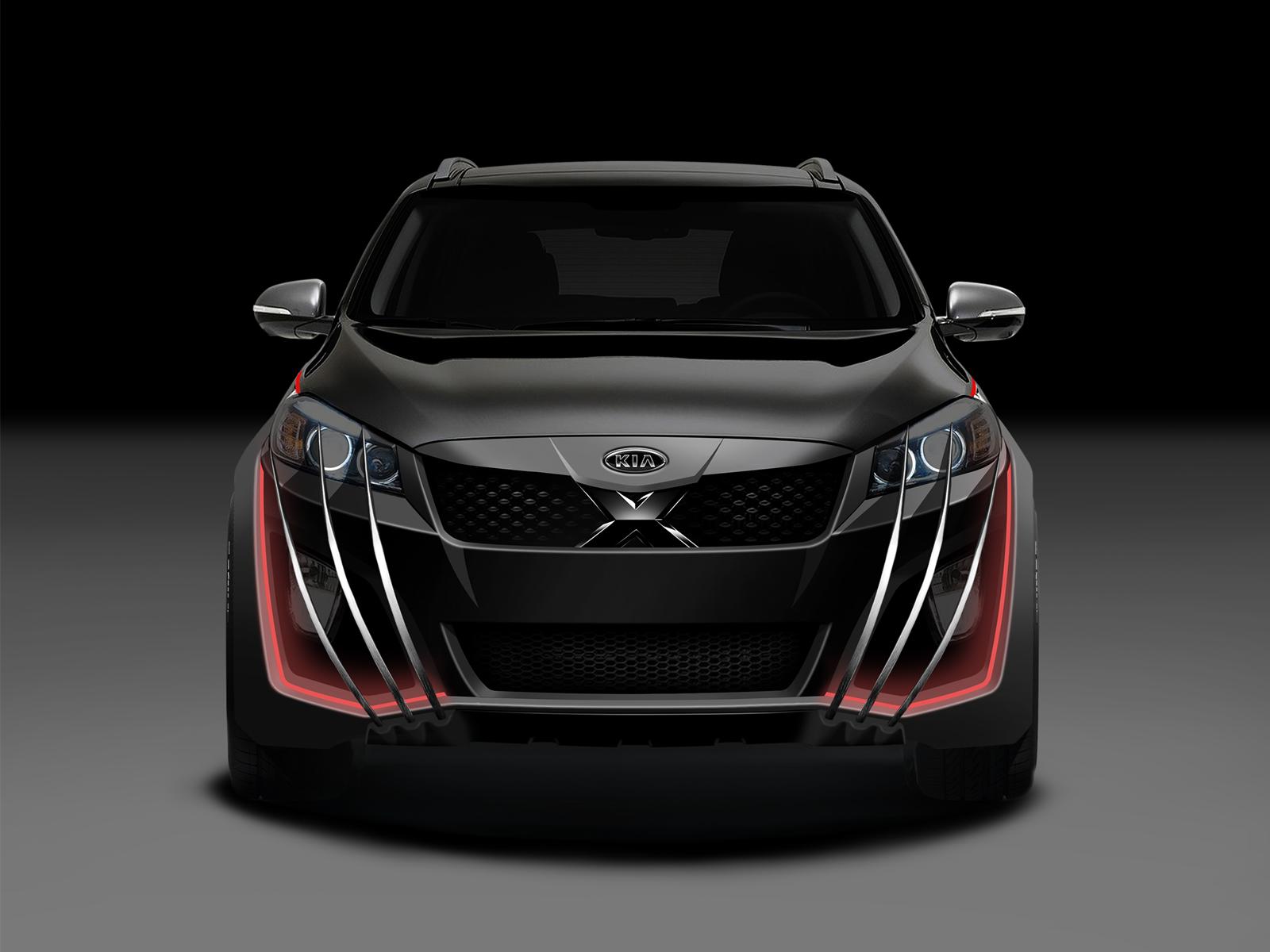