Ken Block has a new car for the Gymkhana Seven and it’s a ‘Stang. Yes, you’ve read that right, he will not drive a Subaru WRX or a Ford Fiesta, now he manages a real muscle car. Is this the thing we have been waiting for for years!? Astonishingly skillful driver showed what he is capable off in the earlier videos. He made donuts around Lambos, raced with bikes and drifted the hell out of the airfields and hangars. Now, he reveals us a new vehicle he, and his team – Honnigan Racing – were working on for the past two years. The car really shows some Mustang love. It is based on it, but its chassis is custom built tubular construction and the four wheel drive somehow makes us sad. On the other hand, this vehicle for which Ken Block says that is “absolutely amazing” has a 6.7 liter turbocharged engine delivering 845 HP. Well, that is enough to make us happy again.

The name Honnicorn RTR is good enough to highlight its musclecar credentials. Well, if the name is not enough, take a look at the bloody thing. It has an enormous freaking blower, an amazingly sinister body kit and all the bells and whistles everyone would like to have on their racing musclecar.

Despite looking as the 1965 Mustang, this car is equipped with a six speed transmission, Sadev All wheel drive, Roush & Yates engine, carbon fiber body panels and special Pirelli Trofeo R tires. Well, it is fair to say that this kind of equipment is not what you see on any other Mustang. This one was showed in Las Vegas on the SEMA motor show and we can barely wait for the new Gymkhana video where this ‘Stang will take a center role.

Ken Block has a new car for the Gymkhana Seven and it’s a ‘Stang. Yes, you’ve read that right, he will not drive a Subaru WRX or a Ford Fiesta,... 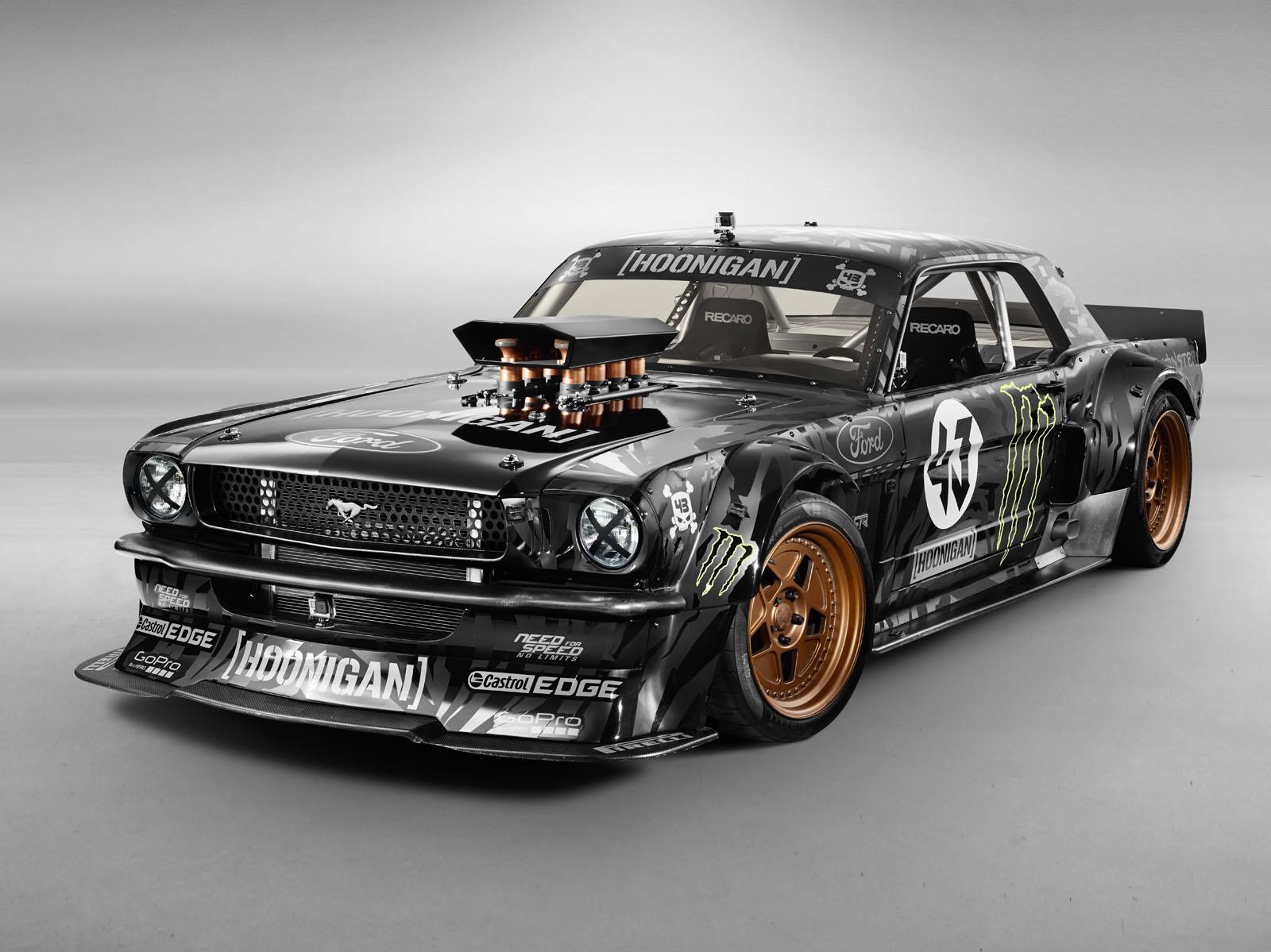