Two guys spent a full year working on a software that can tap in the new Jeep Cherokee when it’s on the move. Of course, Internet connectivity is required, so the car susceptible to these kinds of attacks needs to have a stable Internet connection through the Infotainment system. In the video we embedded you can see Charlie Miller and Chris Valasek tapping in the Jeep Cherokee driven by the Vired presenter. This was done deliberately, to show what this tech is actually capable of. It is a bit spooky, isn’t it? The guys messed with the speedometer, they could even lock and unlock doors and even up the volume on the stereo.

While this might not seem as a radical takeover of the car’s functions, they’ve revealed their second trick. Basically, they can disable the brakes, take over control of the steering when the car is in reverse and even cut the engine.
All of this was quite an experience for the Vired magazine presenter. As this thing went viral in a couple of minutes, Chrysler had to act promptly. They’ve recalled 1.4 million vehicles to do a software fix. They will probably make it right immediately, but the issue persists. Every single phone ever released was hacked and cracked, so why should cars be any different. Internet connectivity can obviously cause some worrying issues in the future, so the infotainment systems in the cars should be absolutely, physically disconnected from the rest of the elements that can cause things like this to happen. Really, Jeep was the one to be hacked first, but who can ensure us that other vehicles aren’t susceptible to these kinds of attacks!?
A Whole new chapter in the world of mobility has been opened.

Jeep Hacked Over The Internet And Disabled On The Highway

Jeep Hacked Over The Internet And Disabled On The Highway

Two guys spent a full year working on a software that can tap in the new Jeep Cherokee when it's on the move. Of course, Internet connectivity is... 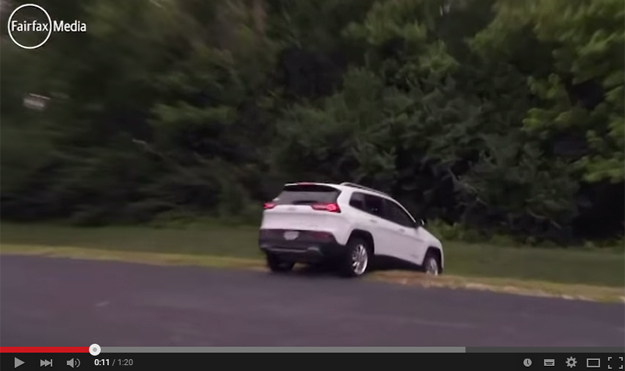