Jay Leno is the man. Not only did he make an epic career in the NBC’s The Tonight Show with Jay Leno where he earned big bucks, but now, he hosts an awesome Youtube channel where he explores his passion about cars. And not only does he explore it, but he hosts a multitude of awesome rides with the newest one being the Ford GT. No, we are not talking about some old Ford GT, but about the newest car that is actually still in the development phase.
Here, he hosted the Product Manager of Ford, Raj Nair who talked about some aspects of the car. True, this is only a short video for now, but we did learn something interesting about the exhaust coming out of the rear lights, or the intakes on the sides. This is really a one kind of a car created specifically for racing it on the Le Mans. This is a huge step for Ford as they left the racing scene on the Le Mans back in 1969 when they made their last win. Smart! Go out as a winner.

Now, however, fifty years after their first win, they are going back with a car powered by a 3.5 L twin-turbocharged EcoBoost engine getting out around 600 hp. That is a lot for sure, but it is true that the buyers will get almost the same in the road going version. So, it will not be the most powerful, or the fastest car out there, but it will definitely cause a headache to the Lamborghini Huracan, the McLaren 570S (even 650S), the Audi R8 and many other.

Jay Leno is the man. Not only did he make an epic career in the NBC's The Tonight Show with Jay Leno where he earned big bucks, but now, he hosts an... 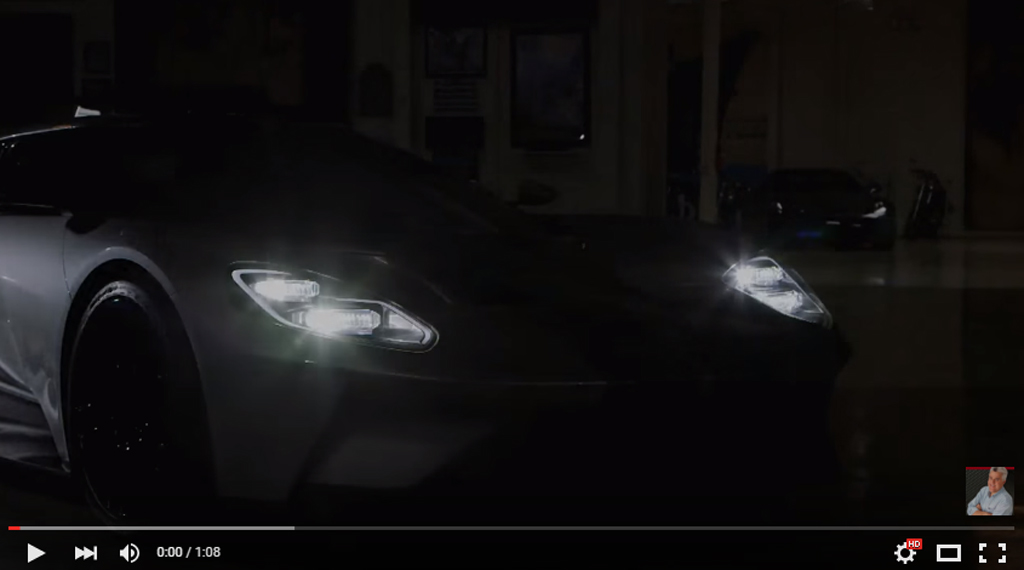