As they’ve released the new XE, Jag is on the hunt for new buyers. They’ve invested their heart, soul and a lot of money into this car and at the end they’ve come up with the great saloon that will move up some eyebrows at Audi, BMW and Mercedes. The main idea behind the car is to bring exceptional driveability, followed by the comfort Jag top notch vehicles are known for and to bring back the sheer mystery that shrouded every Jag since the beginning of time. The Jaguar XE has been built on the all new chassis and on an all new platform employing newest construction techniques and best materials available on the market. The result is a rather spectacular car that also looks very nice.

The video they’ve released a few days ago literally shows what the car is all about. Famous British actor Idris Elba (you probably know him from Prometheus, Pacific Rim or Thor) drove the car from the UK to Belgium on the famous track Spa Francorchamps where he met famous Formula1 driver Martin Brundle who took the magnificent Jaguar XE S for a ride. Despite harsh weather conditions, the XE S simply glided over the track demonstrating its sporty credentials just a few hours after it brought the famous actor in comfort from the UK.
The Jaguar XE S is powered by a three liter turbocharged engine delivering 340 HP which are channeled to the rear wheels through eight speed automatic. The car can achieve 60 mph in less than 5 seconds while the top speed is limited at 155 mph. It’s an epic car and Idris Elba and Martin Brundle show why.

As they’ve released the new XE, Jag is on the hunt for new buyers. They’ve invested their heart, soul and a lot of money into this car and at... 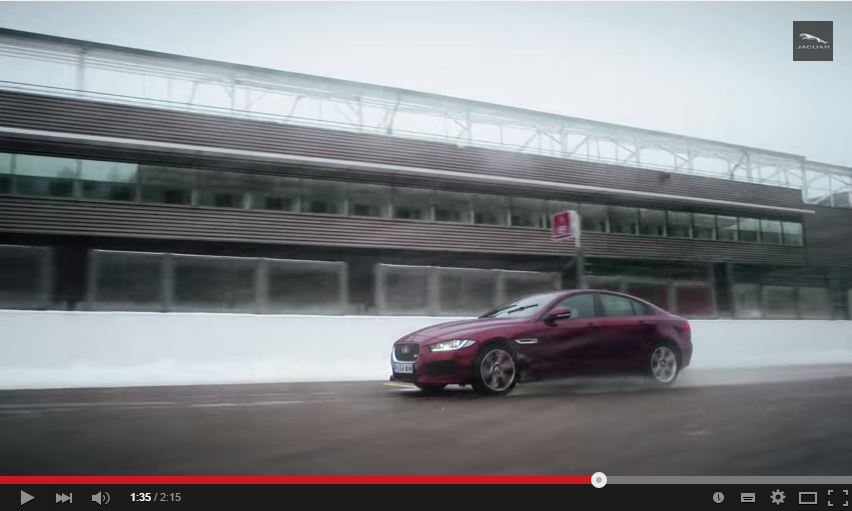