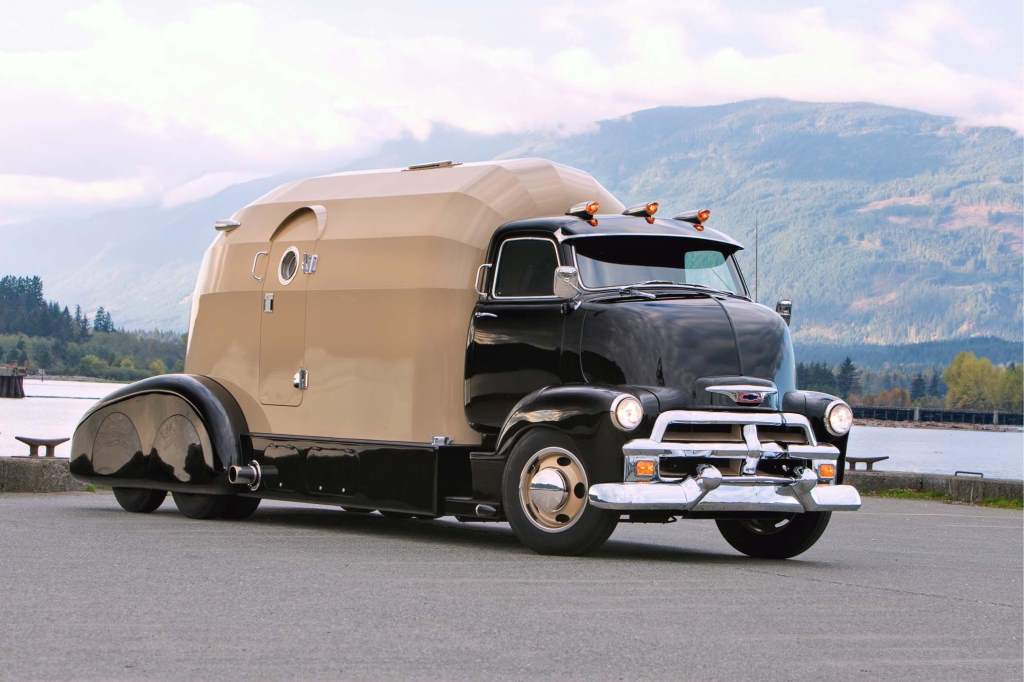 Small homemade projects usually end up in the garbage, don’t they!? Homemade cars, bikes and other dreams tend to sit in a garage for years before someone scraps, dumps or sell them. However, if projects are executed properly extraordinary things can happen. Take a look at this motor-home looking better than the original airstream motor-home. Created using sheer power of will, a bit of money and lots of love, this motor-home could be the best out there.

The man behind it is a Canadian, Russ Moen, and this motor-home is a project that will mark his entire life. The story about it goes a bit like this – Moen acquired a 1954 Chevrolet COE and a 1985 Elite motor-home and decided to build one out of the two. The result is behind that play Youtube icon and it is awesome.
However, during the process of the creation, Moen had many issues, one of the biggest ones being finding the right transmission. After integrating a Cummins diesel engine inside, Moen had to order a custom transmission for the car. A Canadian company BD Diesel built the transmission which came to be the most expensive part of the truck. This comes as a surprise as the motor-home features cherry wood garnished interior, full marble floors, Ford Windstar seats and many other luxury stuff such as a 19 inch television, or three cameras for driving backwards. And yes, this thing has got a name – the 1954 Chevrolet COE Tourliner.

Is This The Most Epic Motorhome Ever?

Is This The Most Epic Motorhome Ever?

Small homemade projects usually end up in the garbage, don’t they!? Homemade cars, bikes and other dreams tend to sit in a garage for years before...