More than 10 years ago, BMW had an idea about enclosed two wheel scooter. They created one, it was called the C1 and it was simply awful. Fast forward to present and now we have BMW building a proper (and quite magnificent) scooter, while the small company funded by a Kickstarter campaign is building a futuristic enclosed motorcycle called, you’ve guessed it – the C1. However, the similarities between this motorcycle and BMW scooter end here.

Lit Motors was formed a few years ago with the help of kickstarter campaign which funded the development of their all new small electric cargo scooter which is kinda smart. Now, a few years after, Lit Motors is once again on the front pages because of the development of their all new C1 electric scooter. Thanks to rather profound advancements in the technology of lithium ion batteries, they were able to construct the vehicle which will not have weight of a whale and that will move around quite fine and rather fast. However, enclosed capsule, two wheels and electrical propulsion aren’t exactly the most important elements on the C1. This thing can stand upright on only two wheels without falling over.
Two large gyroscopes integrated right under the seats produce so much torque that they are actually keeping this thing upright regardless of incline, or other forces affecting the vehicle. It is actually said that the Lit Motors C1 will remain upright even if it is hit by an SUV and the small demonstration you can see in one of the videos here will prove just that.
All in all, 200 mile range, 100 mph of maximum speed and 0-60 acceleration of 5 to 6 seconds will make the C1 rather interesting. Much more details can be found in the attached videos.

More than 10 years ago, BMW had an idea about enclosed two wheel scooter. They created one, it was called the C1 and it was simply awful. Fast... 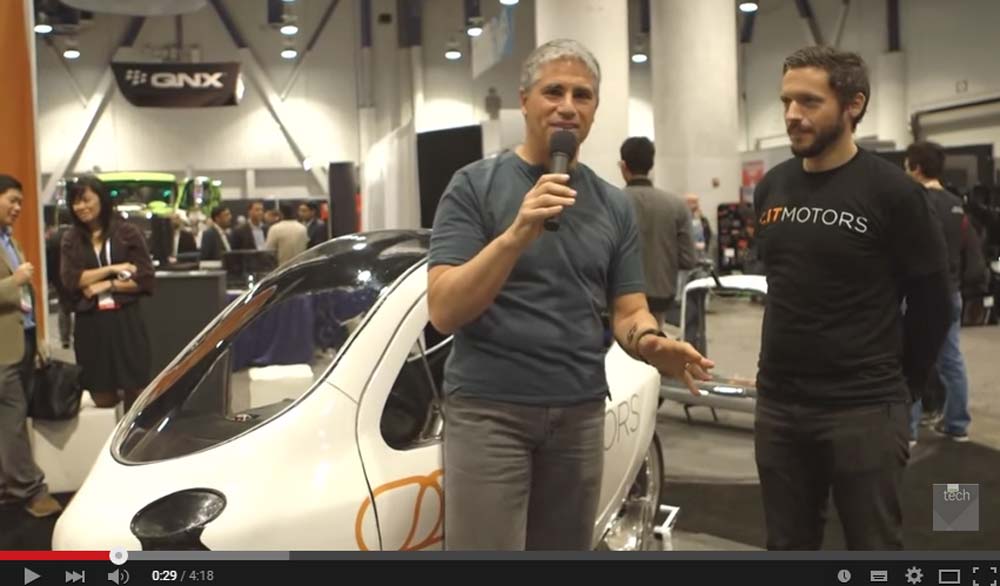