Creating drag racing monsters out of Chevrolet Corvettes (like this one) is rather interesting thing to do.They come equipped with big engines, awesome stuff all over to keep them ready for some hooning and the aftermarket for such cars is so vast and huge anyone can get anything from tires to the crankshaft update or a whole engine swap. Here, we present you with one insane C6 Corvette whose engine and chassis were tricked out to the extremes.

Called the Unicorn Corvette, this baby is almost perfectly prepped for drag racing which means it received some really, really insane engine mods including enormous turbos added to spice the things up. How did they spice it up? Well, with turbochargers running middle boost, the mighty small block can crank out more than 1700hp. With everything dialed up to the max, the power going at the back is at 2400hp.
Interestingly enough, the man who bought this car does not want to use it for drag racing although it was prepped for it. The new car will be used for classic racing and right now, the owner has to think of a way to put all that power to the ground without losing grip every way he looks at the throttle.
Aside from two 88 millimeter turbos, the car has a 400 shot nitrous system and all the gear anyone would like to have on his own ‘Vette.

Creating drag racing monsters out of Chevrolet Corvettes (like this one) is rather interesting thing to do.They come equipped with big engines,... 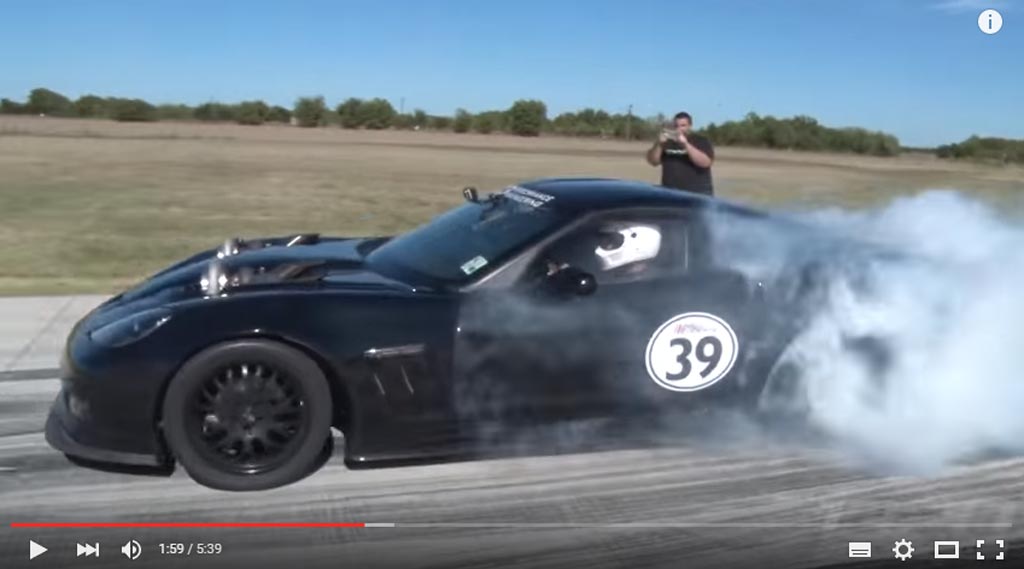