Infiniti is really kicking it hard this year. First they had that incredible saloon powered by a GT-R engine, they’ve introduced a few new vehicles and  now, they are reaching the virtual car world as well. With the introduction of the Concept Vision GranTurismo, Infiniti has officially revealed a car that will be available for the players of the famous GranTurismo 6 PlayStation game .

The car looks stunning. It is low, wide, sharp, aerodynamic, aggressive and sinister. It is just the type of a car that any gearhead would like to have. Despite producing a full-sized version that will be showcased on every major Auto show next year, Infiniti really did its homework and developed a car that can have some impact on the real world too.

This is what future Infinitis might look like. Low sporty machines might come out on the surface in the next few years and thanks to extensive experience of Nissan and Renault in the motorsport, Infiniti sporty saloons and coupes will be on par with those from Germany. Of course, the hardest thing will be to market the things, but, hey, marketing is a science and the The Concept Vision GranTurismo has been crafted in the wind tunnel. It is low and aerodynamic as no other Infiniti before it and that is the main quality every car enthusiast simply has to respect.

Infiniti did not reveal a lot about this car. We know that it features a construction that enables it to have a 45:55 weight distribution which is not that usual for a vehicle that will be available only on the track (as well as in the virtual reality). Unfortunately, we do not have any more tech spec data about it, but it would be fair to conclude that the Infiniti Concept Vision GranTurismo received a GT-R engine which enabled it to make impressive acceleration runs.

All in all, this car will not hit the streets. It is made only for the GranTurismo game and it is available for download right now. So take it and make it go like Vettel before he signed a contract with the F1 Ferrari team.

Infiniti is really kicking it hard this year. First they had that incredible saloon powered by a GT-R engine, they’ve introduced a few new vehicles... 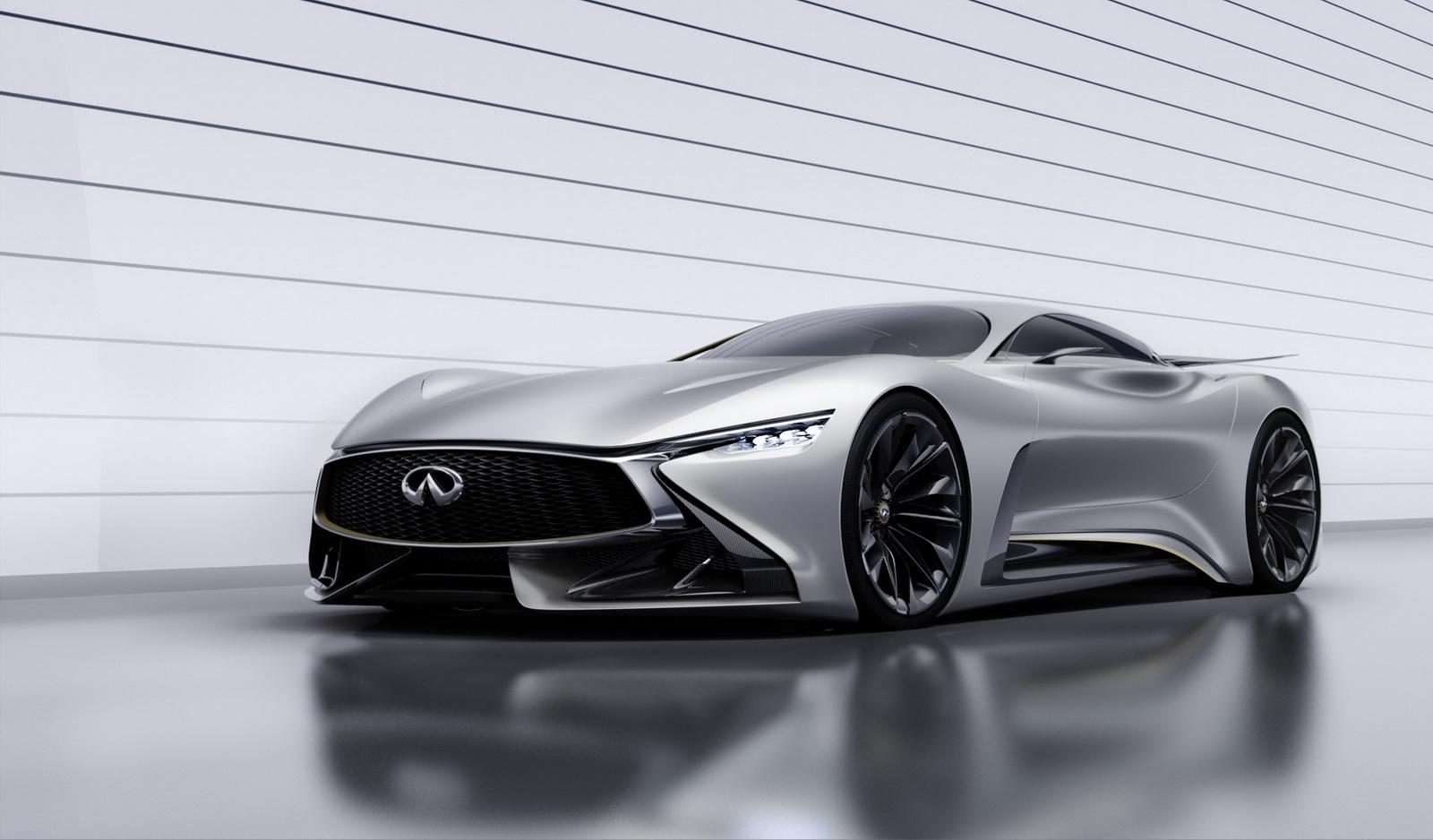