When Dodge introduced the Challenger Hellcat and the Charger Hellcat it was hard to picture why would anyone go40 grand more and buy a Dodge Viper. Both these cars are really fast and the Viper isn’t actually fast enough to justify the price difference. However, the Dodge Viper is powered by a V10 8,4 liter engine which is not turbocharged or supercharged, thus enabling the aftermarket tuners to tune the engine the best way they can. We haven’t seen much of tuned Vipers since Dodge introduced this generation, but now the RSI racing solution presents the baddest and meanest Viper to rule them all.

With Twin Turbo technology, the 8,4 liter engine is tuned to some berserk levels. Final results on the Dyno show that the maximum power is boosted to 1042 HP at 9.5 PSI. How astonishingly crazy this car is best shown in the first twenty seconds of the video. The engine is so powerful and the exhaust is adapted to withstand extreme temperatures, so the fire coming from the engine can be channeled correctly.
We can see here the car being driven on public roads which means it is absolutely road legal even though its engine is as powerful as the engine in some drag cars. Unfortunately, we do not have any performance specs to work with, but the car will surely get to 60 in three seconds or even less, while the top speed is who knows where. We wonder what time would this car get in a drag race!? Could it go under nine!?

Impressive Viper Twin Turbo Shows What Its Engine Is Good For

Impressive Viper Twin Turbo Shows What Its Engine Is Good For

When Dodge introduced the Challenger Hellcat and the Charger Hellcat it was hard to picture why would anyone go40 grand more and buy a Dodge Viper.... 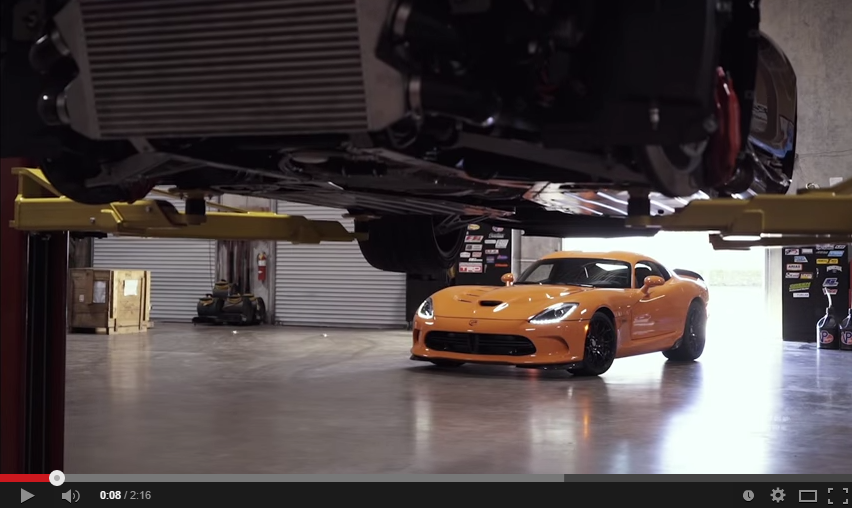