Shmee150 is one of the most popular Vloggers in the UK. He made his thing by filming supercars in London and he finally reached the zenith of popularity when he started to be a rather important part of the car industry marketing monster. He had been all over the world driving and filming supercars and he recently get a whole new car for himself – a McLaren 650S. Well, that is something.

Being a rather important marketing guru and having a McLaren opens you a bit of possibilities in the Gydon, where McLaren’ are built. So, he went in the factory, asked if he can film the newest thing they’ve developed and the guys said yes. So, ladies and gentlemen, take a look at the McLaren 650S Project Kilo the way you couldn’t ever.
The Project Kilo is basically a one of McLaren 650S which was ordered by a wealthy chap. Kilo, of course, suggests that the McLaren did whatever it could to lighten the car and with the extensive use of carbon, they’ve really done it properly. The carbon is the main thing of this car and Shmee150 really put the effort to picture all the details that might interest you. Most impressive detail is the golden covered engine cover in homage to the original McLaren F1 who had the golden covered engine to keep the heat isolated from the rest of the car.
This Project Kilo McLaren 650S is really a piece of art and with the less weight than a “normal” 650S and enough power to make your brain hurt, the car is probably capable of delivering some serious performance. We reckon it’ll do 60 mph in less than three seconds and it’ll eventually do more than 200 mph.

Shmee150 is one of the most popular Vloggers in the UK. He made his thing by filming supercars in London and he finally reached the zenith of... 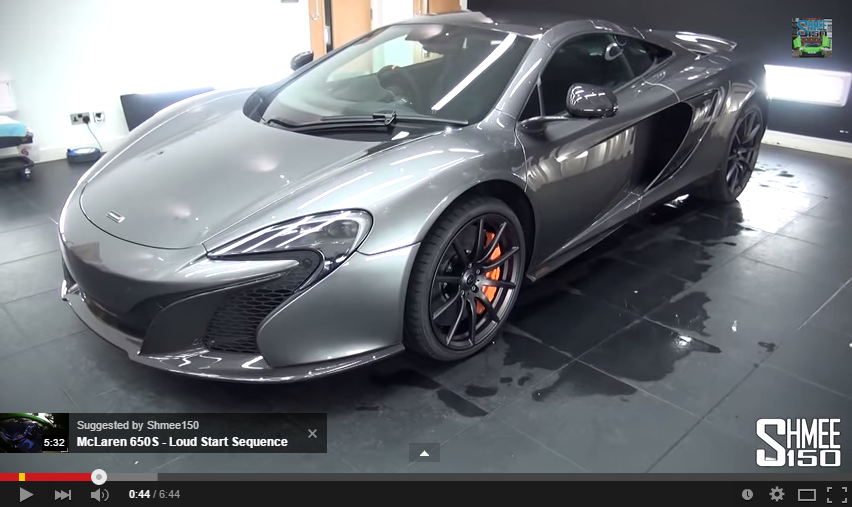