Icona Shanghai is really not a familiar name in the auto industry but things can change as they have released one piece of stunning beauty named as the Icona Design Fuselage concept. With its futuristic approach, this car is surely a visual pleasure and a lot of thought was given with its aerodynamic body design. The fluid like motion of its body flows over the entire exterior and this is complemented by its gullwing doors.

This concept car was unveiled at the Shanghai Car Show and this car maker might bring a spark to their name. This is a car which focuses on the driver and features four individual seating. The cabin has a minimalistic approach but still transcends luxury and elegance.

The power plant of the Fuselage is still kept a secret and info given is still limited. It is known that this has an electric drive train that and will allow the car to blast from 0-100 km\h in just 4.5 seconds and its speed limiter tips off at 200 km/h.

This is one magnificent masterpiece coming from an unknown car maker. The problem with Concpet cars is that they rarely reach production and if it does all the good stuff will already be shelved off. Hopefully Icona Shanghai will bring this madness to the roads as we see it. 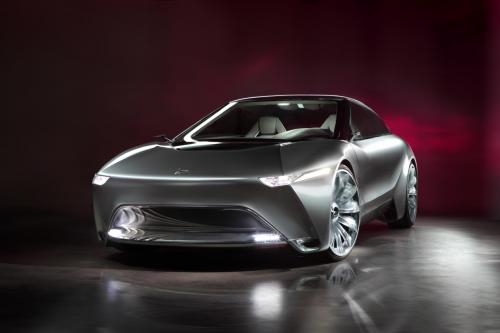 Icona Shanghai is really not a familiar name in the auto industry but things can change as they have released one piece of stunning beauty named as...