Imagine having a dad who works in space! Well, 13 year old Stephanie from Texas has a dad who works on the International Space Station and sometimes it is hard to reach across to him. However, with the help of Hyundai, Stephanie succeeded to send a message to her dad in a rather astonishing way – Hyundai made the biggest car tire made picture in the world and Steph’s dad succeeded to take a picture of it from the International Space Station distanced 400 kilometers from the Earth’s surface.

Using 11 Genesis cars with specially adapted tires, Hyundai succeeded to write down the message Stephani wrote to her father on a piece of paper. First of all, they had to find the right place where they could write a message big enough to be seen from the ISS. The decision was made and the Delamar Dry Lake, Nevada, USA was the place where 11 Genesis draw a message that is one and a half time the size of Central Park in New York. So, its big, and it had to be big.
The main concern of the team working on this were the weather conditions. Everything had to be done in time, precise and accurate. Using GPS, the team had a chance to accurately calculate the position of the checkpoints and to write down the message. After they’ve succeeded to do it, they’ve waited for the ISS to go over the lake and Steph’s dad took the picture.
This way Hyundai clearly showed that the car isn’t just a transportation device. It’s a friend you can rely on, it’s a friend that can do great stuff with. 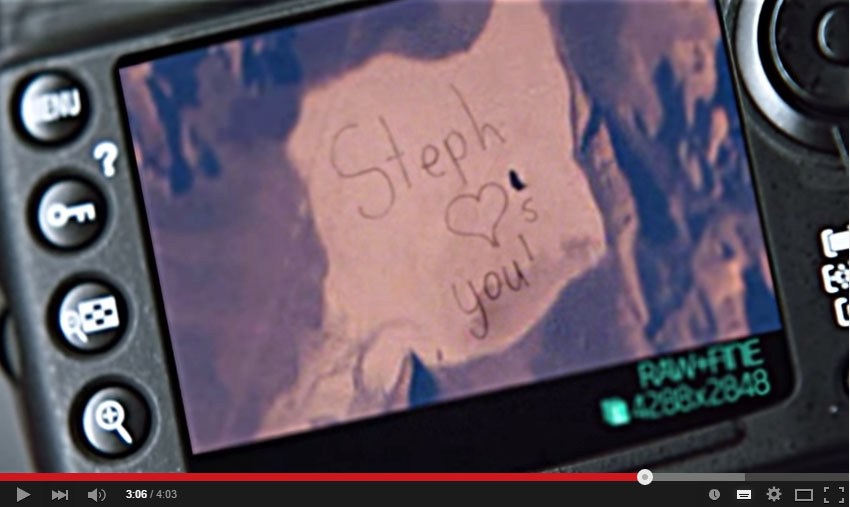