Hyundai just released the 2011 Genesis Coupe R-Spec. Hyundai wouldn’t just allow to be left out on any competition in the car industry, from electric cars to hybrids, from supercars to exotic cars, they will always have a brand for you. The Genesis Coupe R-Spec is a performance car that can give out anything that competitors has to offer but Hyundai, as always, comes on a hard-to-beat price. The cost to benefit ratio is the key to Hyundai’s success.

The interior can be compared to an above average quality finish but not as detailed as its competitors (Camaro, Mustang and the Challenger), this is the only area that the R-Spec did not triumph over its rivals. On other comparison tests set with these cars, the Genesis Coupe R-Spec remained to be on top leaving all the cars behind with its dust.

Hyundai placed under the hood of this monster is a 3.8 liter DOHC V6 engine that gives an enormous 306 bhp with 266 lb ft of torque. This coupe can shoot from 0-60 mph in 5.5 sec. With Hyundai building cars like the Genesis Coupe R-spec, it is only a matter of time before the worlds understanding on Korean cars will be changed to that of car gods like Toyota, Mitsubishi, BMW or Mercedes. 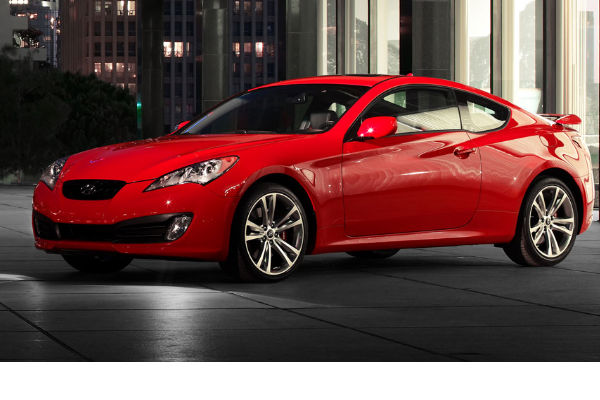 Hyundai just released the 2011 Genesis Coupe R-Spec. Hyundai wouldn’t just allow to be left out on any competition in the car industry, from...