Back in 1999, Mark Webber driving his Mercedes CLR GT1 Le Mans Prototype experienced first hand how it is to take off the ground with a car. Driving really fast at the fast part of the track, the CLR GT1 he drove simply went off the ground, flipped many times and landed on the roof. That was not the first time such an accident occurred to the Mercedes CLR GT1, but it was a wake up call for all other manufacturers and car designers who subsequently adopted many parts of the car to provide as much downforce as possible.

However, the problems, obviously, were not fully solved even up to this day. On 28th of March, during the VLN endurance series on the Nürburgring Nordschleife a race prepped Nissan GT-R Nismo GT3 driven by Jann Mardenborough experienced similar fate as Mark Webber and his CLR GT1 back in 1999. Coming on a small hill at high speed, the car experienced a fast surge of air underneath and the inevitable happened. Despite all of the aerodynamic features including a front splitter and big rear wing the car flew off the track, over the fence and into the area for spectators. The horrific accident took one life away, while the others injured were rushed to a hospital.
Nissan made a statement about the crash: “Today’s events have been a tragedy. We are all deeply shocked and saddened by these events and our immediate thoughts go to the deceased, those injured and their families and friends.”
All in all, even the best safety precautions were not enough to save a mans life and it seems that safety protocols have to be more stricter. The team behind the car will certainly have to deal with a lot of stress and we think that this crash proved how cars can be lethal. Maybe the designers and the constructor have to go back to the drawing boards once again just to solve the problems of ever faster cars whose aerodynamic properties play a vital role for safety and for traction.

Back in 1999, Mark Webber driving his Mercedes CLR GT1 Le Mans Prototype experienced first hand how it is to take off the ground with a car. Driving... 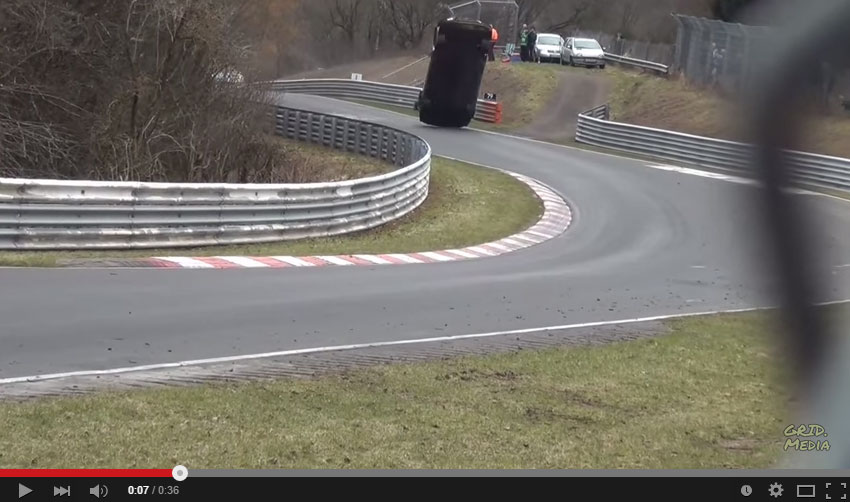