The upcoming Honda CR-Z is a hybrid car that will be released by Honda in 2011.  It is a hybrid car that generally focuses on fuel economy.  The CR-Z is often noted as the rebirth of the CR-X because of body design which closely resembles the old and small compact hatch that stopped production in 1991 but Honda says it’s a completely different car in different worlds.

Honda is exactly correct that the CR-Z is a different hatch because most critics believe that power was sacrificed for fuel economy which gives it a more sluggish performance. The problem that can be seen with the CR-Z is the lack of muscle and strength and worsened by its heavy weight because of the installed batteries.

The CR-Z though still has the X-factor when it comes to body design and interior fittings, with its sporty look and a respectable cabin design, this hatch is surely to win the hearts of the young generation.

The Honda CR-Z is powered by a 16 valve inline 4 engine that is assisted by an electric motor that produces a combined strength of 122 bhp with 128 lb ft of torque.  This car will actually disappoint speed enthusiasts and its sporty looks will not flow to how it drives.   The Honda CR-Z is a car that is made for the eco friendly person who doesn’t want to put the pedal to the floor. 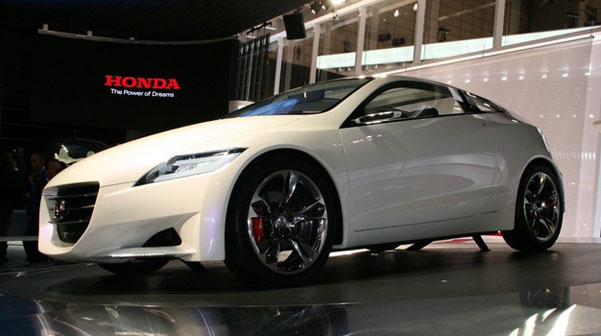