The Chevy Camaro…what is it all about? An insanely super fast car. For some reason, Chevrolet gave the Camaro to the hands of John Hennessey, an Einstein of speed and the result – the Hennessey HPE700 LS9 Camaro, a rocketship with four wheels. The Hennessey Performance Engineering is not your ordinary round-the-block mechanic and they can make a monster out of each and every car. They are known to juice out every ounce of horsepower on an engine. The Camaro was fitted with a new engine, a supercharged 6.2 liter LS9 V8, and can produce a thunderous 725 bhp with 741 lb ft of torque. These can rocket you from 0-60 in a staggering 3.5 sec. This Car comes with a Tremec 6 speed manual gearbox and the interior generally looks the same as an ordinary Camaro except for some new front seats and switches on the front panels.

The HPE700 Camaro slowly rumbles when you start its engine and it roars when you go full throttle. It looks like an angry beast ready to attack at any time. Though it can go super fast, it can only do this on a straight line and it is not quite agile when cornering. The HPE700 Camaro is undoubtedly built for speed and as if it was not enough, they have built another version, the HPE800 twin turbo Camaro with a monstrous 815 BHP and 788 lb ft of torque. Nothing is stopping the Hennessey and said that they are still planning to build an HPE1000 version…anybody want to be in outer space? 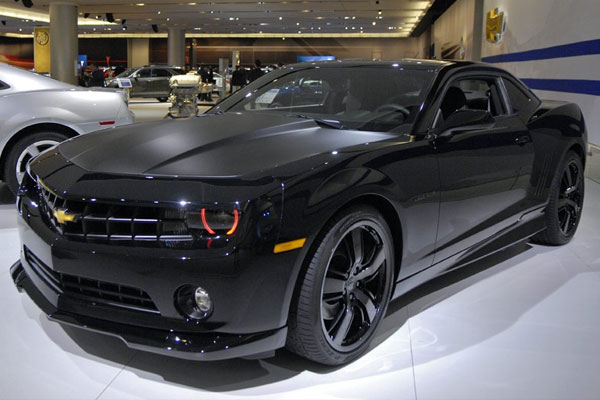 The Chevy Camaro…what is it all about? An insanely super fast car. For some reason, Chevrolet gave the Camaro to the hands of John Hennessey, an...