Driving sports cars and supercars is not as easy as driving your daily commuter Yaris or BMW 3 series. This video sums this up. Supercars and top notch sports cars are wider, lower, harder to navigate in the cramped spaces and extremely expensive if damaged. So the pressure on this Ferrari driver is strong here.

Happening on some abandoned old road in Greece, the Ferrari F430 Spyder driver almost got stuck on these ancient roads. The Ferrari F430 measures almost 77 inches in width and it needs some space to move about. With a single clutch transmission the driver really has to focus and to use the engine power as efficiently as possible because it is known that the clutch in the F430 isn’t the best thing around. We wonder what this car did there at all and the only normal conclusion we could think of is that these guys helping the driver to drive out the car of these roads took some great pictures of it.
At the end, it seems that the Ferrari F430 goes out of this driver’s hell unscratched which is honestly hard to believe if you look how tight these spaces are.
As a refresher, the Ferrari F430 Is Powered by a V8 engine developing 491 HP. The car is capable of hitting 60 in less than four seconds while the top speed is about 200 mph. The car received praises from the motoring press. It was titled as one of the best sports car that were ever produced.

How Hard Is To Drive The Ferrari F430 Really?

How Hard Is To Drive The Ferrari F430 Really?

Driving sports cars and supercars is not as easy as driving your daily commuter Yaris or BMW 3 series. This video sums this up. Supercars and top... 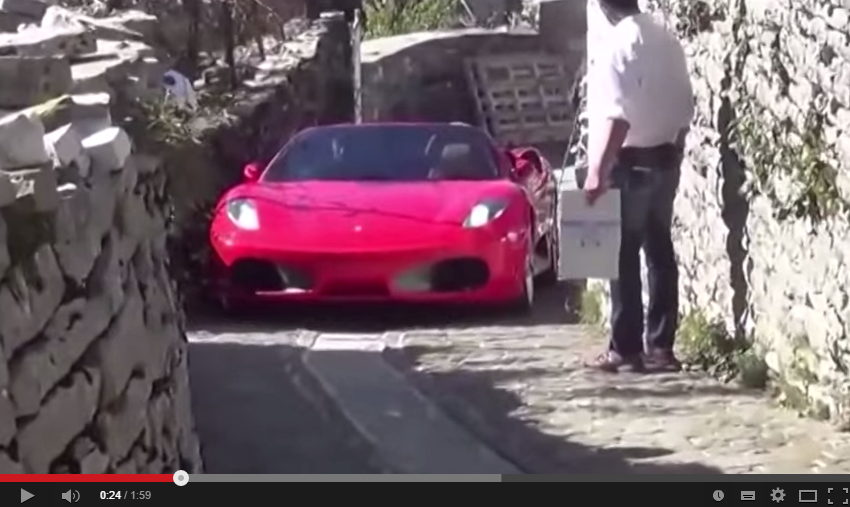