Ever since Google bought a number of hybrids and integrated rather ungainly sensors on their roofs the autonomous vehicle project was born. Company from the Mountain View definitely works the best it can to develop and create a fully autonomous car which will be able to transport people without any interaction between the driver and the car (something similar to that what Volvo and Daimler are doing). A few months ago they’ve even revealed an all new autonomous vehicle which was built from the ground up. At first they had some serious problems with making it eligible for the drive, but now, it seems that they’ve sorted out all the problems and with the newly published video Google is showing just how far they’ve come with the creation of the autonomous car.

Obviously, the car works (when it’s not raining or snowing) and it’s only question of time before these cars reach the streets and start transporting people.
The system works thanks to a vast array of sensors integrated throughout the car. Rotating sensor on the roof scans the environment and act as the eyes of the car telling the central computer all about the environment. It can detect even the slowest moves of the objects and it can recognize people, animals, cars and basically everything else. The problem is that the sensory laser system cost up to 80.000 US dollars which is a bit too much.
The car is, of course, connected to the internet and it can interact with all other connected cars thus calculating the best and the most efficient route to the destination and conserving fuel in the process.

Ever since Google bought a number of hybrids and integrated rather ungainly sensors on their roofs the autonomous vehicle project was born. Company... 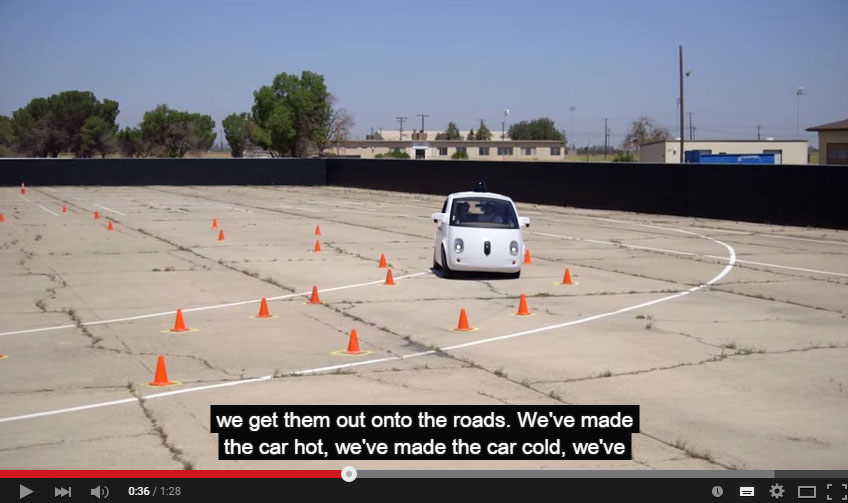