The fifth installment of the “inside story of the Rebirth of an Icon” goes to show us a few secrets Ford wanted to keep hidden from us when developing the Focus RS. The production process of the Ford Focus RS and introduction of an awesome 2.3L engine were not actually going as smooth as imagined. The Ford Mustang EcoBoost sourced engine had some technical issues and even after Ford had revealed the car with Ken Block famously drifting it in front of journalists in Koln, the engineering team had to work hard in Sweden. The team thought that they were at target with the power output and torque output, but they also had some rather strange issues when they found out that the engine actually does not deliver as expected. After finely tuning it in Sweden, where the best engineers from Ford were flown, the engine finally became good enough for installation in the production car.

Interestingly enough, Ford Performance had issues with the 95 octane fuel sold in Sweden. With it, the engine was limited to drive only under 5500 rpm. That was not enough, so an octane booster additive was added to the fuel and everything sparked to life. Racing the Focus RS on the circuit cut at the frozen lake gave the engineers the best possible insight at how the car will behave in extreme icy driving conditions.
This made the engineers to finely tune every single aspect of the car and sell it as one of the best hot hatches to roam the earth.

The fifth installment of the “inside story of the Rebirth of an Icon” goes to show us a few secrets Ford wanted to keep hidden from us when... 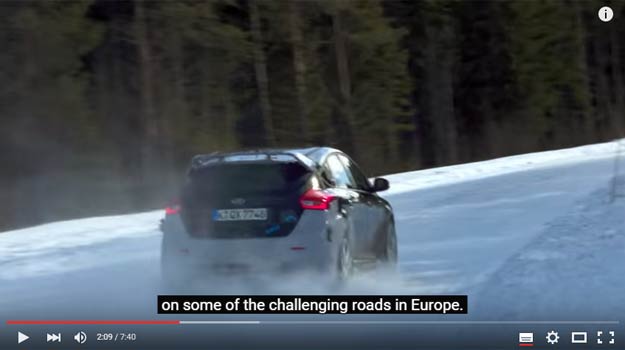