104 years ago Fiat (yes that Fiat whose cars you don’t see that much these days) created a supercar. It was very, very hard to create a supercar back then, mainly because the reliability of the tech, engines, suspension, tires and everything else basically. However, they’ve succeeded to create something rather astonishing and the name The Beast of Turin basically says almost everything about the thing.

Creating a car powered by a 28,5 liter engine with only four cylinders, Fiat tried to make a car that would go faster than anything could in the 1910s. The main objective was to kill off the Benz Blitzen who was the fastest car on the Earth at the time. The German car was cloaked making 126 mph in 1909 and the Fiat did the best it could to beat the Germans. The name of the car Fiat was creating was the S.76 and the first attempt to beat the record was made in 1912. It was not a success. The standards for making a record run with the car demanded two passes at the top speed and Fiat succeeded to make only one pass hitting 140 mph. The last time the car was operating was exactly 100 years ago, but now, its restaurer Duncan Pittaway finished the task of restoration and the video we bring you shows the Fiat’s 28.5 liter monster rumbling and spitting fire once again. This is a testament to a time when everything was made by hand and when precision wasn’t considered the most important thing a man could do. However, they were able to create a car capable of achieving such extraordinary feats. The car will be revealed at the Goodwood Festival of Speed and what a better event for this car to be revealed.

104 years ago Fiat (yes that Fiat whose cars you don’t see that much these days) created a supercar. It was very, very hard to create a supercar... 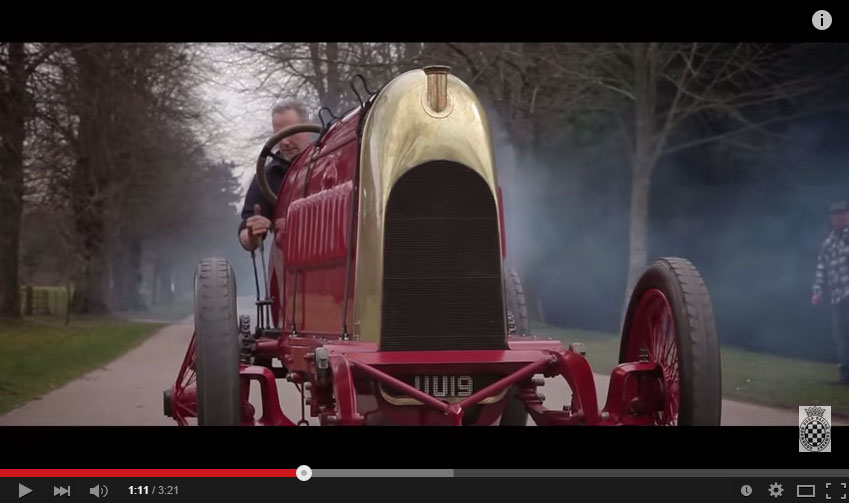