As we all know Ferrari did a magnificent job releasing the insane FXX K – basically a race breed version of their best car the LaFerrari. Seeing this car is quite amazing, but seeing 14 of them at the same place at the same time is next to impossible. Thankfully, after releasing the Ferrari F12tdf, the Maranello based company organized an event at the Mugello track where the mighty tdf was revealed. In one of the garages at the track, 14 FCC K cars were parked. Our car guy from Marchettino was right in the place to picture them all and to give us a glimpse of the incredible life the guys with big bucks have.

After revealing the F12tdf, the event 2015 Finali Mondiali Ferrari continued with the race of all 14 FXX K Ferraris which was quite a site to watch and listen. The V12 engines coupled with the mighty electric motors giving out a maximum of 1050hp were in every one of the car participating in the race. The growl of the 12 cylinders resonating through the Mugello racetrack is beautifully represented in the video where you can really see how fast this car is. It is not smart to compare anything with the speed of Formula 1 cars, but in some instances the camera has to move as fast through the chicanes as it were following Formula 1 cars. This monster machine is that fast.
The drivers obviously gave the cars full beans and did not hold back on getting them through the corners as fast as possible. Thus, they made these almost priceless cars hit some insane speeds and rev the hell out of the mighty V12 engines.
Honestly, the one thing we would like to see here are the McLaren P1 GTR cars. That would be a race of a lifetime.

As we all know Ferrari did a magnificent job releasing the insane FXX K - basically a race breed version of their best car the LaFerrari. Seeing this... 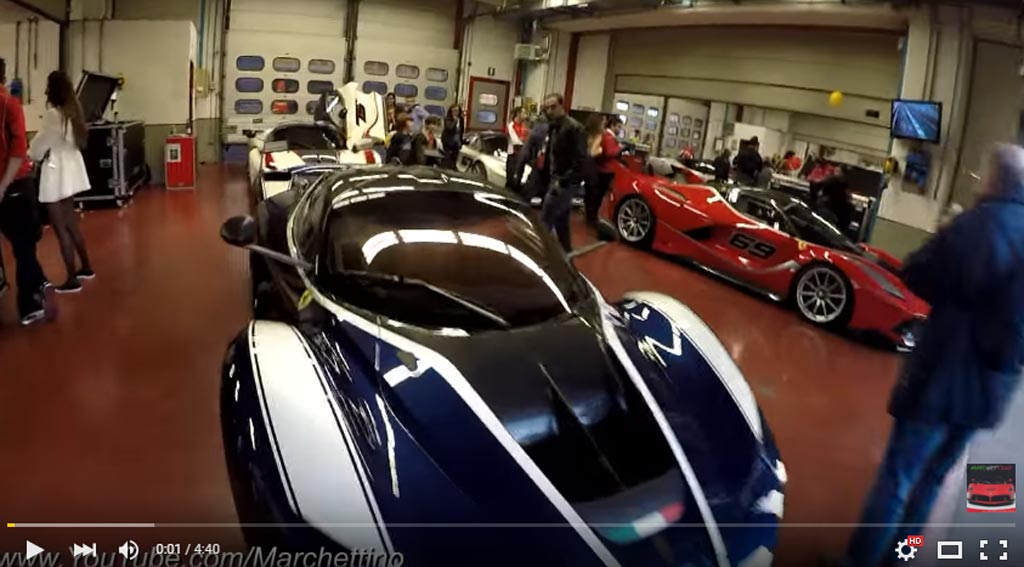