Hill climb racing was a big deal in Europe back in the time. All the major manufacturers created special machines for taking on the most amazing hill climb tracks with Ferrari joining the show too. They, of course, didn’t want to make it up hill with their “normal” cars. Ferrari Enzo wanted a specially created vehicle with an engine unseen to that day. 1969 was the year when the Ferrari 212E rolled out of the factory. Only one had been produced and it was powered by a so special engine we bask in its greatness to this day. The two liter V12 machine (yes, you’ve read that right) was filled with all kinds of unicorn making things. Derived from the Formula 1 1.5 liter V12, this two liter version developed 300 HP, it was strapped to a car weighing at around 1100 lbs and it was so fast it won every single race of the European Hillclimb Championship in 1969. As a matter of a fact, the engine had been produced two years before, but it was 1969 when it reached its zenith.

We do not know how reliable it was, or what kind of magic Ferrari engineers were using to make it this good and successful, but we surely know how it sounds. Press play and enjoy every second of the awesome sound produced by the Ferrari 212E engine. It is like listening to the best symphony of mechanical elements playing different musical instruments. We think it sounds better than the Formula 1 cars of today. Boy, we think it is even more exciting to drive this thing than anything else.

Hill climb racing was a big deal in Europe back in the time. All the major manufacturers created special machines for taking on the most amazing hill... 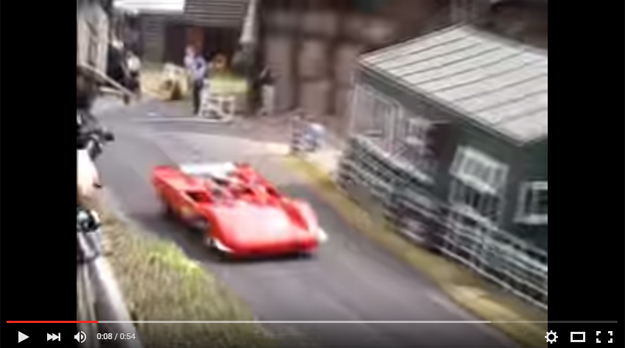