The Ferrari 458 Italia is one of the best vehicles ever produced. It has a powerful engine, rather impressive looks, high end suspension and it goes better than you could imagine. The video we bring you shows you how good it is. However, here you can see it illegally race against the turbocharged Toyota Supra. This might be called the clash of the Titans as this Toyota is just pornography on the wheels.

With a turbocharged engine, updated suspension and rather courageous driver, the Toyota Supra made the Ferrari look like a Fiat 500. Well, the engine in the Toyota is rather powerful. It is as monstrous as the one in that Chevelle we published earlier, but it is half its size. If we know that Ferrari 458 Italia accelerates to 62 mph in 3 seconds flat, that this Supra has to do it in less that that.

This drag race is of course just one part of the story. It would be great to see these two cars on a track. We guess the Ferrari would be faster there.

If we look back to the  Nineties, when this Supra was produced, we can find that this was a real Japanese supercar. Acceleration to 62 mph was achievable by 4,5 seconds and the top speed of the fastest version was more than 155 mph.

https://www.youtube.com/watch?v=BACxmVx74OI The Ferrari 458 Italia is one of the best vehicles ever produced. It has a powerful engine, rather... 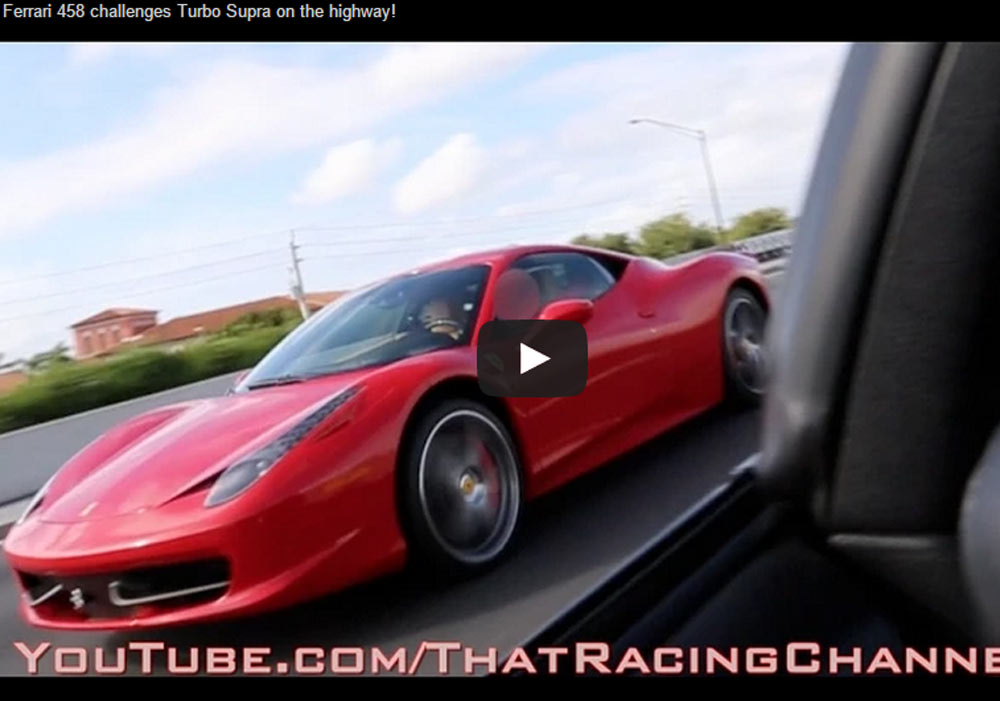