Coming from the plains of the Australian wilderness, the Holden based and HSV developed new GEN-F2 lineup just grazed the race track. This is the best of the best revealed for Australia from the mighty GM.
Based on well-known Holden vehicles, the new HSV GEN-F2 lineup brings all sorts of high performance machines including the ClubSport R8 LSA, the ClubSport R8 Tourer LSA, the Maloo R8 LSA, the Senator Signature, the Grange and the GTS. All the cars listed above are powered by massive 6,2 liter V8 engines developed to provide top notch performance and power to match anything coming from Europe and Japan.

Despite getting a whole new reworked suspension aero kit and a few changes on the inside, we all know that the true heart of these machines is the engine inside. For the ClubSport R8, the Maloo R8 and the Grange HSV magnificent 6,2 liter LS3 engine developing 456 HP was prepared. Massive power channelled to the rear wheels tops the power of modern machines such as the BMW M4 and almost equals the power of the newest Mercedes-AMG C63 Coupe.
Atrocities from HSV nicely presented in this video include cars such as the ClubSport R8, the ClubSport R8 Tourer, the Maloo R8 and the Senator Signature. These are the most powerful and the fastest Holden cars right now. Over engineered 6,2 liter V8 LSA engine resides inside. With the power of 536 HP and insane 495 lb ft of torque, massively powerful cars will reach the market in October and this well may be the last in the series of specially developed Holden racers as the company will end its production in two years.

Coming from the plains of the Australian wilderness, the Holden based and HSV developed new GEN-F2 lineup just grazed the race track. This is the... 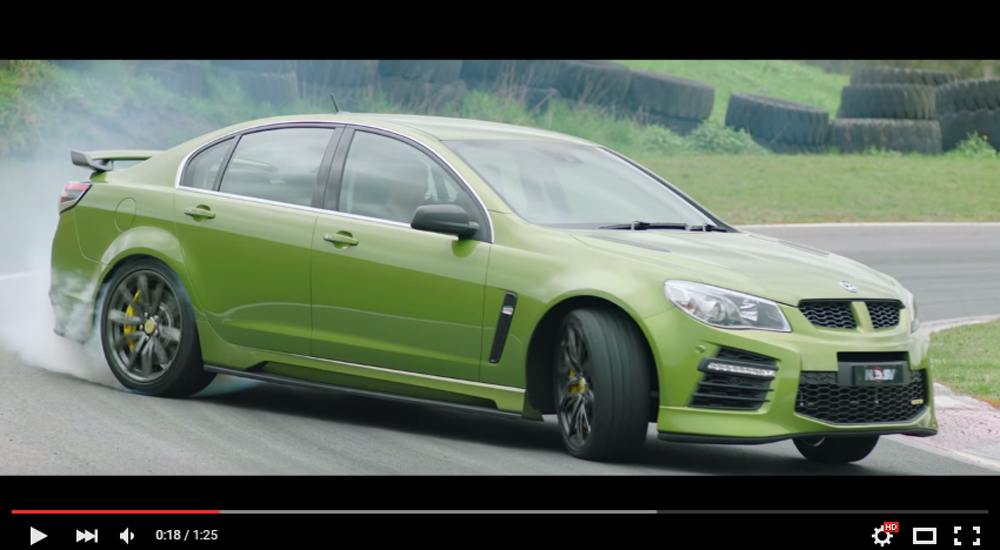