A few years ago American Motor trend Channel organized the World’s biggest drag race. We showed you a few of them here on our site, but now, almost the same has been done by others and what we can conclude now is that the Airstrip Attack 8 is an absolutely astonishing video of the best American supercars racing on a closed airfield. ½ mile race with rolling start and speed trap organized by the Jeffrey J. Hart (director/editor), Shift-S3ctor (event organizer), Speed Society, OB Prestige Auto, That Racing Channel, Revvolution and Mexico Racing League.
The event gathered some of the sickest rides in the US including the 580 HP Dodge SRT Viper, the 600 HP Mclaren 650s, the 640 HP Porsche Turbo BBI, the 850 HP BMW M3 Turbo, the 900 HP Nissan GTR and the 600 HP Corvette Z06. That isn’t all and if you want to see real egzotics kicking up that drag strip than don’t hesitate and click the play button.

More than 14 minutes of awesomeness is created by professionals and the eye candy is powerful with this one. Awesome and excruciating video editing has been done with this one. If you listen to the music and look closely, you may find that every beat smartly marks the change of frame. If these guys were making Fast and Furious we would like it even more. The cars here are presented the best way possible, so even some of the sickest vehicles out there including the 2000+ HP GT-Rs and 2000+ HP Gallardos can be heard and seen in great detail. Amazingly, the guys said that this video was not made to be played on smartphones, but on a big screen. Try it, you won’t be disappointed at all.

A few years ago American Motor trend Channel organized the World's biggest drag race. We showed you a few of them here on our site, but now, almost... 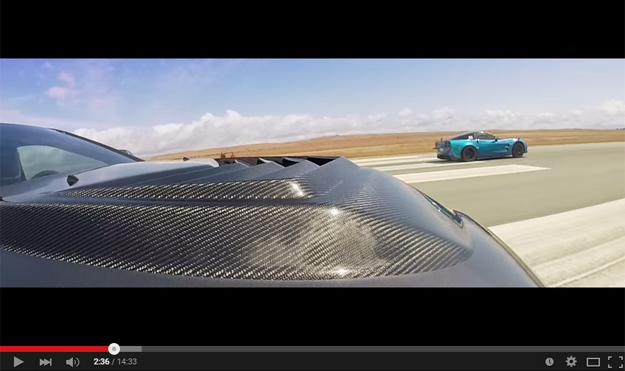