Whoow, the world has gone a long way in the last ten or fifteen years. In 2002, when Porsche revealed their insanely cool Carrera GT many thought that that is it. The car world simply couldn’t get any more exciting, any more insane, but only ten years after it, Chevrolet revealed the Corvette Z06 which has more power than that old Carrera GT, it has better traction control and possibly it could be equally as fun to drive and it costs much, much less than the Carrera GT cost back then. In this video, we can see the Corvette Z06, which is a wickedly fast car (we think 0-60 mph in less than 3 second fast) simply cannot keep up in any way with the McLaren P1 which is the top end of the car world at this time.

Two guys driving a track day event at COTA were amazed when a McLaren P1 overtook them. Even though the driver of the McLaren probably did not want to thrash the car into corners too much, the guys in the ‘Vette Z06 barely followed it on the track. Than, when the straight came in front of the mighty hypercar the ‘Vette Z06 (a 650 HP car) was left in the dust. The McLaren P1 is powered by a hybrid powertrain delivering 903 HP. With so much power, incredibly low curb weight and wonderfully set up stability and launch control it is hard to keep up with that car. The only cars that are actually able to follow or overtake this car at some point are the Ferrari LaFerrari and the Porsche 918 Spyder.
As a reminder, McLaren will produce only 375 units of this car and see it gone in person, or even racing against it is highly unlikely. These guys had luck – very much of it.

Whoow, the world has gone a long way in the last ten or fifteen years. In 2002, when Porsche revealed their insanely cool Carrera GT many thought... 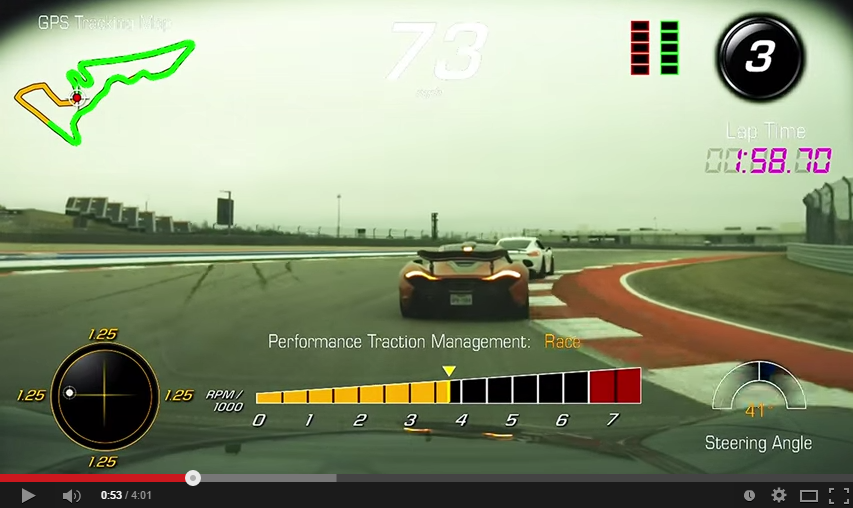