Concept cars always have great appeal to the people with their over the edge styling, space age technology and cool looks.  Car enthusiasts will just love them to go into production but more often than not when concept cars go into production, a lot of its nitty gritty details are lost along the way.  But don’t be disappointed Citroen will be sending their Citroen Metropolis Concept into production and with a car company known for its wild and crazy ideas, don’t be surprised if their concept car will look exactly as their production model.

The Citroen Metropolis Concept had its debut at the Shanghai Motor Show and its one of the standout beauties of that event.  It is a four door saloon that looks staggeringly awesome, with its drooling body styling and it still offers the practicality of a five seater and a large trunk.

The concept car will be released into production and will be known as the DS9.  This will be powered by a V6 2.0 liter petrol engine that produces 272 bhp with a 95 bhp electric motor, delivering a combined power of 460 bhp.  This will be mated to a seven speed dual clutch electronic gearbox powering all its four wheels. 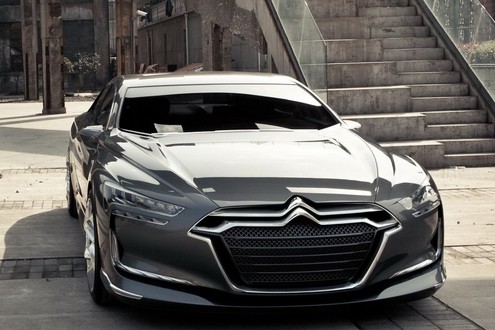 Citroen Metropolis to be released as DS9

Citroen Metropolis to be released as DS9

Concept cars always have great appeal to the people with their over the edge styling, space age technology and cool looks.  Car enthusiasts will...