Chris Harris probably has the best job in the world. Apart from flying to some of the world’s most amazing destinations, he enjoys himself driving the best cars the world has ever seen. The latest in a series of videos he published on his YouTube channel depicts the drive of the newest Renault vehicle – the Renault Sports RS. This car is specially developed to compete in racing series all over the world and it received the best tech that Renault had on its shelves.

We remember that Renault has an awesome track in motorsport. They have had some sick cars for decades with the Formula 1 championship being the latest where they have excelled. Now, with all the help from Nissan, they are capable of producing some of the most potent racers ever. With 550hp and 1150 kilograms, the Renault Sports RS 01 is “far beyond” the GT3 racing cars. It seems that the car has so much grip you cannot actually never run out of it. Of course, if you are want to test your luck, you will run out of it at some point, but the car is definitely a superb racing machine. Chris Harris is testing the car at the Great Britain’s Silverstone track and despite a bit “moisty” weather, he had a proper go in the Renault race car.
Yes, the car has ABS and traction control, but it also has so much to give that you would struggle getting all that power to the ground and being brave enough to push it to the edge. Of course, a drive would not be a proper drive without some burnouts and donuts. Chris did it too, in a way so awesome you will cry.

Chris Harris probably has the best job in the world. Apart from flying to some of the world's most amazing destinations, he enjoys himself driving... 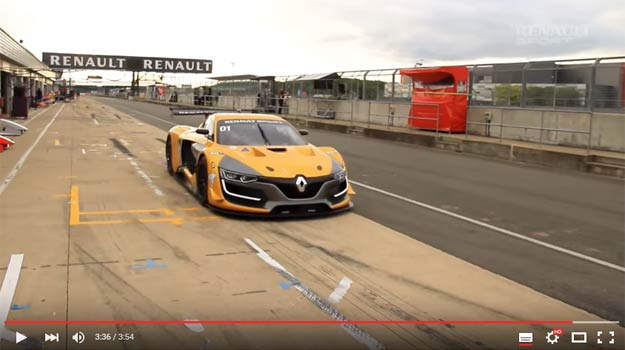