Bugatti, maker of the world’s fastest car, is again at the spotlight as they have introduced two special editions in China. Their new creations premiered at the Shanghai Auto Show and it’s definitely an eye catcher at this prestigious event. Just when you thought you’ve seen it all, this car manufacturer has brought the Bugatti Veyron Grand Sport and the Bugatti Veyron Super Sport at the center of attraction.

The Grand Sport features a matte white exterior highlighted by blue carbon fiber trims. The exterior has the same design pattern and accentuated by white stitching. With the soaring price tag of the Bugatti, you will surely get top notch materials introduced in the cabin.

As previously released, the massive heart of the Veyron GS is a quad turbocharged 8.0 liter W16 engine. This can roar to a mighty 987 bhp with 922 lb ft of torque. This roadster has an electronically limited top speed of 407 km\h and with the roof off top speed is lowered to 360 km\h.

The Veyron Super Sport on the other hand was given a sinister black carbon fiber finish. The cabin is given a two tone leather upholstery still matching it with carbon fiber trims. Power released by the SS is a staggering 1,183 bhp with 1,106 lb ft of torque. Top speed is limited at 415 km\h. 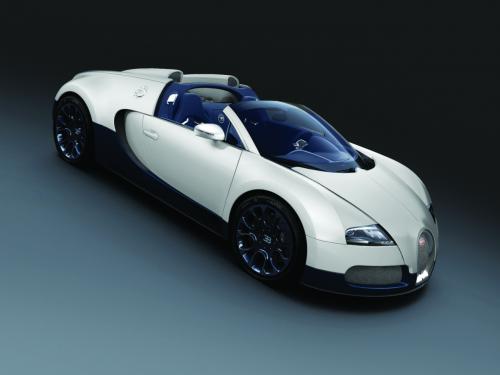 Bugatti, maker of the world’s fastest car, is again at the spotlight as they have introduced two special editions in China. Their new creations...