First let’s get the numbers right. Bugatti has produced 450 Veyrons till this moment. They’ve scheduled the last one to be unveiled at this year’s Geneva Motor Show and that will basically be it from Veyron for now. A new car will not come in a year or two, and we could guess that they’ll reveal it some time in 2020. 450 units produced and sold is a remarkable achievement. Some of the cars are so special and unique that their price went so high only high rollers could buy it anyway. That, however, did not discourage tuners to try and modify some of the parts on the mighty Veyron. A few days ago, Bugatti CEO said that it is hard to make the best even better, but the guys from the QuickSilver Exhaust Systems found one thing that could be improved – the exhaust.

Using titanium they’ve built and created possibly the world’s most expensive exhaust that is fully compatible with the Bugatti Veyron Grand Sport Vitesse. When they’ve applied it to the car the sound of the engine changed so dramatically that we guess Bugatti engineers asked themselves why couldn’t they think of it!?

Interestingly, the sound of the eight liter W16 engine was the only thing that slightly bordered those who ever had a chance to drive the car. They’ve probably expected more and this hellish titanium exhaust really delivers. Take a look at this video and hear the rumble of the W16 engine in its full glory. We do not know if this modification brings any more power to the engine, but does it really matter? The Bugatti Veyron Grand Sport Vitesse is powered by a 1.200 HP engine that can propel it to 62mph in 2,6 seconds and get it to 255 mph thus making it the fastest convertible the world have ever seen.

Bugatti Veyron Got A Custom Exhaust And It’s Full Titanium

Bugatti Veyron Got A Custom Exhaust And It’s Full Titanium

First let’s get the numbers right. Bugatti has produced 450 Veyrons till this moment. They’ve scheduled the last one to be unveiled at this... 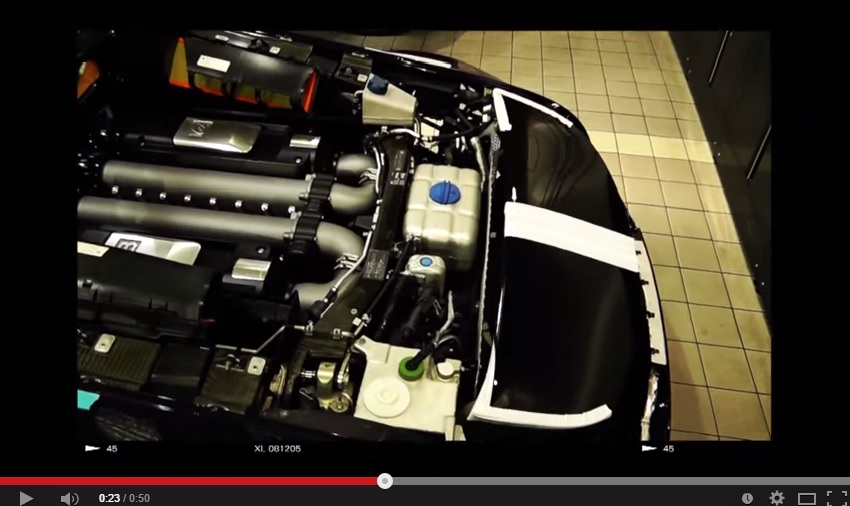