The Brabus Mercedes s600 iBusiness is a sedan that will astonish you with its elegant features. It’s a car for the CEO’s, Business men or for those people at the far end of the society.
The main feature of the iBusiness is its integration of the apple system. At the headliner a 15.2 inch TFT display is placed that is electrically deployed and this is aside from the screens at the back headrest of the front seats. They even added two tablet computers and the whole system is connected through the net via UMTS and HSDPA. All of the possible things you can think of that you can do with your home computer, you do this inside the iBusiness.
Definitely, the interior comes into a different class as well. A fitting high quality leather was used to give that luxurious feel and sophistication in the cabin which is handcrafted to perfection.
Now enough of the Geeky stuff, and brace yourself with the awesome power this sedan has to offer. This car is not just full of refinement and subtlety because this can run faster than other super cars. The S600 iBusiness can give out a monstrous 740 bhp with 995 lb ft of torque giving it a top speed of 340 km/h. This can blast from 0-100km in a staggering 4.0 seconds.
This is a super luxurious car that has all the gadgetry that a geek would want at the same time give you the thrill of a sports car. 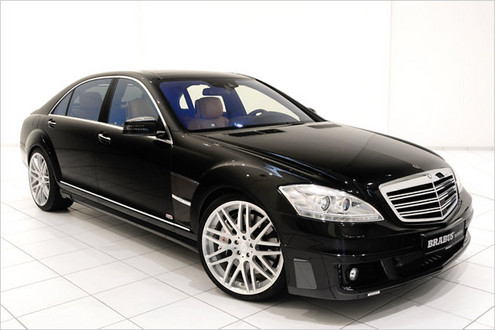 The Brabus Mercedes s600 iBusiness is a sedan that will astonish you with its elegant features. It’s a car for the CEO’s, Business men or for...