How whealty the Arabs really are? Well, not all of them have enough money to purchase supercars or premium cars, but there is a certain degree of them (those working with oil of course) that are able to afford anything they want. In order to make the best police car fleet in the world, the Dubai Police department started acquiring the best, most expensive and most exclusive cars making them police vehicles. A few days ago we’ve showed you just how amazing fleet they have. Apart from owning the BMW M5, the Mercedes SLS AMG or the McLaren MP4-12C, they acquired the Aston Martin One-77 (only 77 examples have been produced), the Bugatti Veyron (last 450th one was produced only a month ago) and the Rolls Royce Phantom (and an Lexus RC-F, just for the record).

Incredibly amazing police car fleet has now been round up with the addition of the most advanced BMW of all times – the i8.  It is strange to see this hybrid sports car powered by a 1,5 liter turbocharged petrol engine and a few electric engines in police livery. It looks good to be perfectly honest to you.

Even though Dubai PD has the most amazing car fleet in the world, we learned that the cars aren’t exactly used every day for police duties. They’ve acquired them and use it as some kind of a tourist attraction. Presenting them on city squares and on the best tourist locations in the city, Dubai Police PD really makes the tourists wonder how crazy is this city?

We guess they would have them do something as Dubai is a place where supercars are just a part of the culture, so fast cars braking the law are just usual sight on the streets.

How whealty the Arabs really are? Well, not all of them have enough money to purchase supercars or premium cars, but there is a certain degree of... 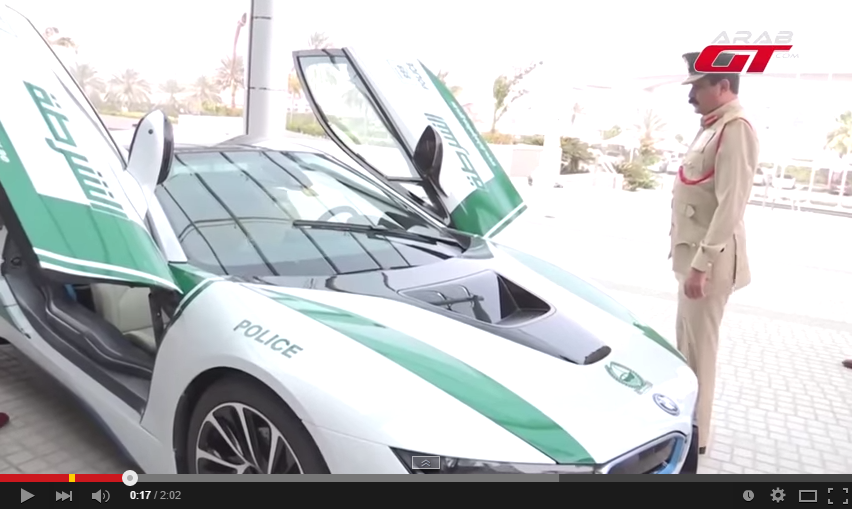