This might not be the most exciting car review you have ever seen but in here you can, rather precisely, see what the BMW M4 and the BMW i8 are all about. Both of them are rather different cars, but on paper they have much the same performance. However, on the track, some other things come into play instead of pure straight line speed and maximum speed.

The BMW M4 is powered by a wonderful three liter turbocharged engine which produces 425 HP (or 440 PS) and it has all the bells and whistles the M badge bring with itself. That means that the chassis can be controlled, the suspension is perfectly weighted and the differential work its magic.

On the other hand, the i8 is a modern sports car, but it was not touched by the M division which is rather nicely demonstrated here. The suspension is much softer in comparison with the suspension on the M4. The tires are much narrower and the car is not as balanced like the M4. However, it is a formidable player on the track. It can keep up to some extent with the more powerful M4, which is, frankly, astonishing. The i8 is powered by a three cylinder petrol engine and an electric engine both of which combined produce 357 HP. It is enough to propel the car to 62 mph in 4.4 seconds and to get it to 155 mph. The real quality of it is that the i8 can drive only using electricity which means it is eligible for use in any city center in the world.

https://www.youtube.com/watch?v=D3p8Ao26t1A This might not be the most exciting car review you have ever seen but in here you can, rather... 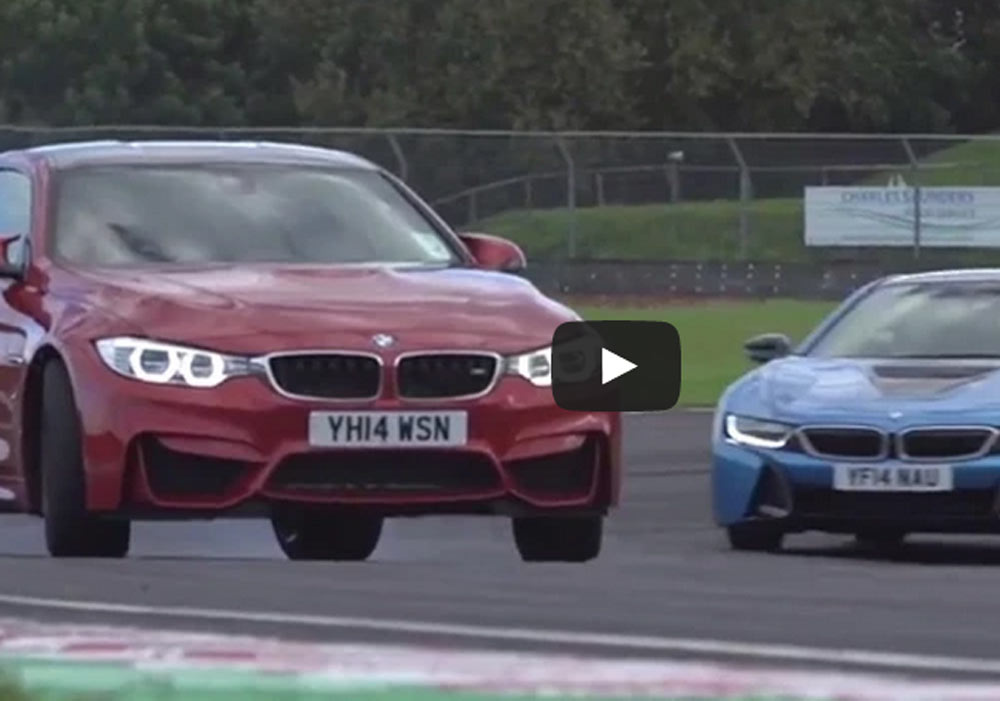